AFRICAN MYTHS: TORTOISE AND MONKEY; WHY THE MONKEY HAS A RED BUTTOCKS 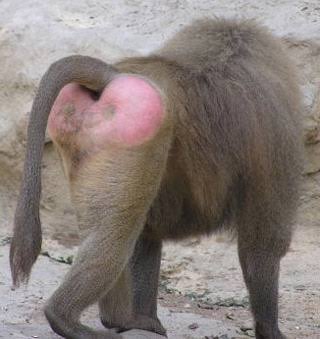 Myths are beliefs held by an ethnic group which is passed from generation to generation by stories. These myths mostly explain supernatural events and natural phenomena, they also tell us about the universe and its different components. Why The Monkey Has a Red And Swollen Buttocks is an African interesting myths. Enjoy!

In the days of the old, Tortoise and Monkey were besties.

One fateful day, the Monkey shared his idea with the Tortoise, on how he would become king of all the animals. He said, “Of all the animals, I am most like human so I should be king.”

Tortoise replied, “You cannot be king, for Lion is king and is very powerful.”

Monkey replied, “Yet, human has power over Lion and I am like a human being.”

Tortoise, who is a lazy but cunning one, felt threatened and jealous of his friend the monkey. Tortoise is a witty character, and understands  the weak point of all animals. He was perturbed that the monkey is beginning to act like human, and with time, he’d be superior thought the cunny one.

Tortoise decided to act quickly to put Monkey back in his place.
Tortoise went home to prepare bean balls. When he was done, he put the bean balls in a basket and took it to Lions’ house where he placed it just outside his door and hid behind a tree.

The bean ball was warm and its aroma was lovely. The lion came, but didn’t see anyone. He picked one ball and ate it and this bean ball was sweeter than the ones he had ever eaten before. He ate another one, and then another one until all the food was gone.

LION AND THE MONKEY

Lion had a huge appetite and this was the best he had ever had, so he wanted some more.

“Who brought these bean balls?” he bellowed but there was no answer. He searched the surrounding area and quickly found Tortoise. He grabbed Tortoise by the neck and Tortoise said “I promised not to tell.” The lion threatened him and Tortoise confessed that it came from Monkey but it is a secret.

He told Lion that what he ate was no bean balls but Monkey’s faeces, which he keeps a secret.

Lion immediately headed to Monkey’s house. When he saw Monkey, he asked him for the faeces but the Monkey was confused. The Lion roared at him, “I said give me sweet faeces!” Monkey was terrified and defecated on the spot. The lion ate, but it was not sweet and Lion was mad.

He held the Monkey, while ordering him to make sweet faeces. The monkey kept defecating, until his bottom was all swollen and red.

This is the reason behind the Monkey’s red and swollen buttocks.