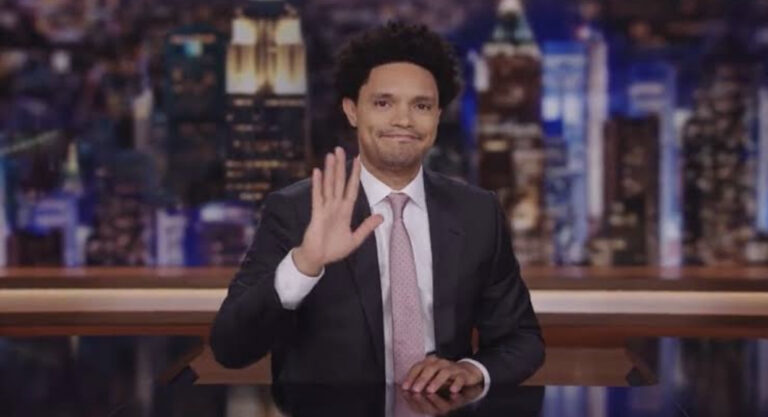 Trevor Noah has been hosting “The Daily Show” for seven years, but he says his “time is up” and he wants to continue exploring other aspects of his life.

Since taking over for Jon Stewart in 2015, he has hosted the talk show. He stated that the precise timeframe of his departure will be revealed later and that, in the meanwhile, he would continue to serve as host. He has won numerous industry awards since taking over as host of the Daily Show on Comedy Central and has established himself as a household brand worldwide.

On Thursday night, Trevor Noah made the news at the end of his show. He thanked the people who worked on the show and its loyal fans for an “amazing seven years”, adding: “It’s been wild, truly wild”.

I remember when we first started… so many people didn’t believe in us. It was a crazy bet to make. I still think it was a crazy choice, this random African. I just [find] myself filled with gratitude for the journey. It’s been absolutely amazing. It’s something that I never expected.

I’m really grateful to a network who believed in this random comedian nobody knew on this side of the world. I never dreamed that I would be here. I sort of felt like Charlie and the Chocolate Factory. I came in for a tour of what the previous show was, and then the next thing I know I was handed the keys.

All I can say is thank you very much.”

“We are grateful to Trevor for our amazing partnership over the past seven years.  With no timetable for his departure, we’re working together on next steps,” the network said in a statement. “As we look ahead, we’re excited for the next chapter in the 25+ year history of ‘The Daily Show’ as it continues to redefine culture through sharp and hilarious social commentary, helping audiences make sense of the world around them.”