Uber Driver Fired for using racist slurs against a passenger

Kiara White, a black woman resident in Iowa recently uploaded a video of her experience with a white Uber driver. The video showed the man hurling insults, mostly racist in nature, at her after she had complained about his driving. The result of this is the driver has been fired by Uber while her account has been suspended.

Their argument began when White noticed that the driver, Timothy, wasn’t able to read the GPS map properly. He had missed his way on a one-way street twice. As she spoke up, the driver began calling her names, saying she was a whore and drug dealer, like all other black people. 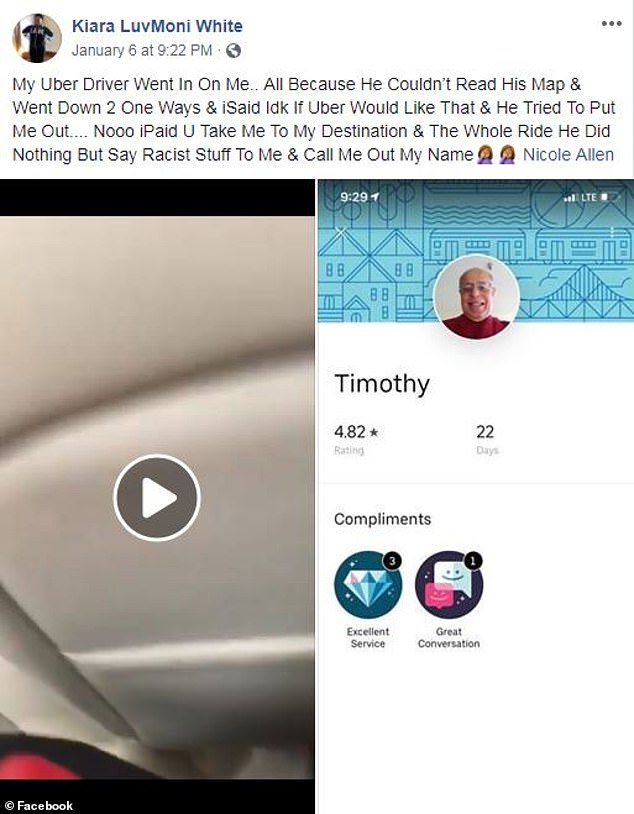 It was at this point she decided to record the rest of her experience. The driver continued insulting her, making monkey noises and using the N-word. He went on and on till he told her to get out of his vehicle in the most vulgar manner.

The argument continued with White calling him the most racist driver and stating that he must complete the trip or she would call on the cops. She was dropped at her intended destination and she uploaded the video on Facebook a while later. The video, which had with it a screenshot of the driver’s account, has gathered over 30,000 views already. By the way, he had only worked with the company for 22 days, though his ratings were quite high, 4.8 out of 5.0 most of the time.

Uber has also released a statement concerning the incident. According to the company, as soon as the complaint was made, the driver’s account was shut down. Kiara White also had her account suspended.

Miss Algeria turns into a victim of racism