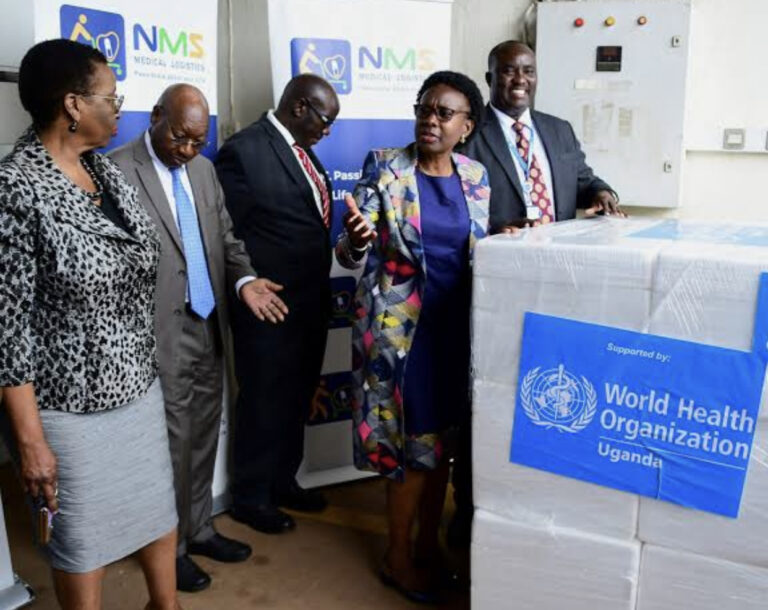 Uganda has received a consignment of Ebola vaccinations for use in a clinical trial. On December 8, a ceremony to accept the doses was attended by the WHO Uganda incident manager and the minister of health, Jane Ruth Aceng.

Aceng maintained his caution despite the outbreak seems to be winding down with no new cases recently recorded. A true Ebola outbreak ends when there are no new cases for 42 days in a row, as per WHO guidelines.

“We are nine days today countdown,” she explained.

“So it does not mean we will not get another (Ebola) case. Uganda is a country that always wants to be prepared and ready whenever any outbreak occurs.”

There are currently no licensed vaccines for the Sudan strain of the virus.

The first batch of one of the 3 candidate vaccines will therefore be evaluated during the Tokomeza Ebola clinical trial.

“The 1,200 doses that the country is receiving today are being or have been manufactured by the Sabin vaccine Institute in the United States,” Charles Njuguna said.

The WHO incident manager and doctor of epidemiology added: “They will be administered to those at the greatest risk and what we mean here is the immediate contacts of a person who has been diagnosed with the Sudan virus disease.”

The other candidates are a vaccine developed by Oxford University and the Jenner Institute in Britain, the last one came through the International AIDS Vaccine Initiative (IAVI), WHO said.

56 people have died as a result of the outbreak since it was notified on September 20.  The Ugandan Ministry of Health has produced figures showing that 142 cases have been confirmed.  86 patients also successfully recovered from the Hemorrhagic fever.

Fever, nausea, diarrhea, cramping in the muscles, and occasionally bleeding from the internal and exterior organs are some of the symptoms.

Experience from the far more frequent outbreaks of the Ebola Zaire strain — for which a vaccine was developed after the massive West Africa outbreak that started in 2013 — shows that “you can get control much quicker using effective vaccines,” WHO emergencies director Michael Ryan told reporters.