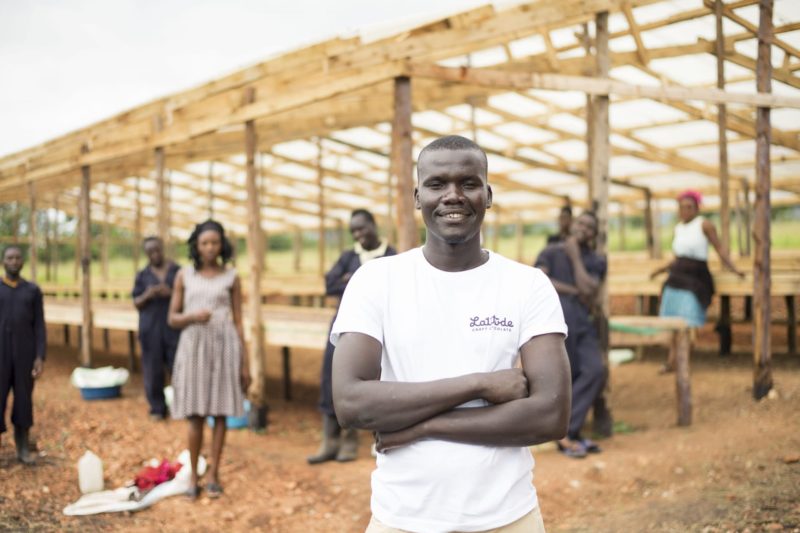 Steinberg, who before starting Latitude had worked as a consultant for a number of firms across Africa, spoke to James Torvaney about the craft chocolate industry and the company’s strategy.

It’s crazy that a cup of coffee could cost more than a chocolate bar, says Jeff Steinberg, who has worked with companies in both industries.

“There is so much more work that goes into a bar of chocolate.”

Over the last few decades, the craft coffee market has grown massively, with boutique coffee shops around the world offering global selections of beans, from fruity and floral East African varieties to sweet and nutty flavors from Central and South America.

But it’s not just specialist coffee that is proving popular. The market for craft chocolate is also growing. “It is not unusual for single bars of craft chocolate to retail for £10 ($14) in the United Kingdom,” says Steinberg.

Craft chocolate, on the other hand, is more than just an expensive chocolate bar.

It is a different taste experience altogether, with far more attention paid to the flavour of cocoa beans themselves.

There are fewer added ingredients, making the differences between the beans much more distinct.

“The breakthrough for people comes when they take craft chocolate from different origins and different manufacturers side-by-side—that’s when they really appreciate the huge range of flavours.”

Coffee and chocolate have similar cost and revenue models – both trees take a long time to bear fruit compared to other crops, but can keep producing for up to 20 years.

There are also some similarities in processing, although chocolate tends to be a lot more intensive to produce. “

Sales for both products are heavily relationship-based, and it takes a lot of time to build up a trusted reputation.

Like many agri-entrepreneurs, Steinberg started by trading raw materials – which are easier to scale but have a much smaller share of the overall profit margin – and moved up the value chain as he learned more about the market.

While selling value-added products offers higher potential profit margins, it requires much more in terms of investment, and finding customers can be much harder.

Latitude focuses on procuring premium beans, which can be sold to other bean-to-bar manufacturers for multiple times the price that regular beans command in the commodity market.

Latitude’s journey began with cocoa sourcing – with the aim of creating a sustainable supply chain serving both farmers and chocolate companies.

The Ugandan company noted it had been an “obsession with quality and sustainable development” that had led to the creation of its production facilities, which are staffed by local young Ugandan chocolate makers who are eager to make their mark on the industry.

The Ugandan company’s standard benefits include training, insurance, and microloans to help households turn their hard-earned income into wealth.

Congratulations to this Ugandan company on their latest success.