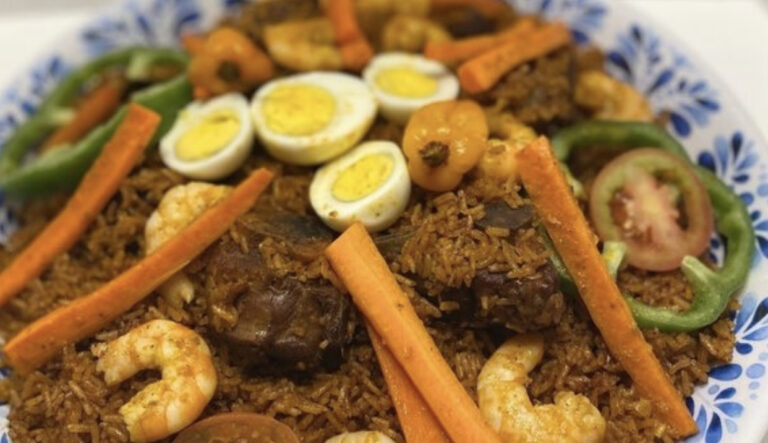 Jollof rice, also known as Ceebu jen in Senegal, gets its origins formally acknowledged by UNESCO, putting an end to a protracted argument between Ghana, Nigeria, and Senegal.

The meal, a mainstay of West African cooking, comprises of rice, fish, veggies, and occasionally tomatoes.

The origins of Jollof rice may be attributed to the development of colonial control in West Africa between the 1860s and 1940s, according to research by The Conversation Africa.

During this period, French colonists substituted broken rice imported from Indochina for food crops. Over time, broken rice came to be valued more than brown rice by Senegalese and thus the dish known as sibou gin was born.

The dish has become a source of pride and cultural identity for the Senegalese and has been recognized by UNESCO as an Intangible Heritage of Humanity. This certification aims to have a positive impact on the economy, especially tourism, agriculture, fishing and gastronomy.

In addition to its cultural significance, Jollof rice is also closely associated with a specific lifestyle and the consumption of the dish is closely related to festive occasions and the aesthetics of presentation and service.

The women of St. Louis, a port city in northern Senegal, is known for his impressive expertise in the field and is credited with bringing sophistication and elegance to the dish.

The Senegalese version of Jollof rice, Ceebu jën, has now been officially recognized by UNESCO as an Intangible Cultural Heritage of Humanity, putting an end to the ongoing debate over its origins and cementing Senegal’s claim as the true homeland of Jollof rice.