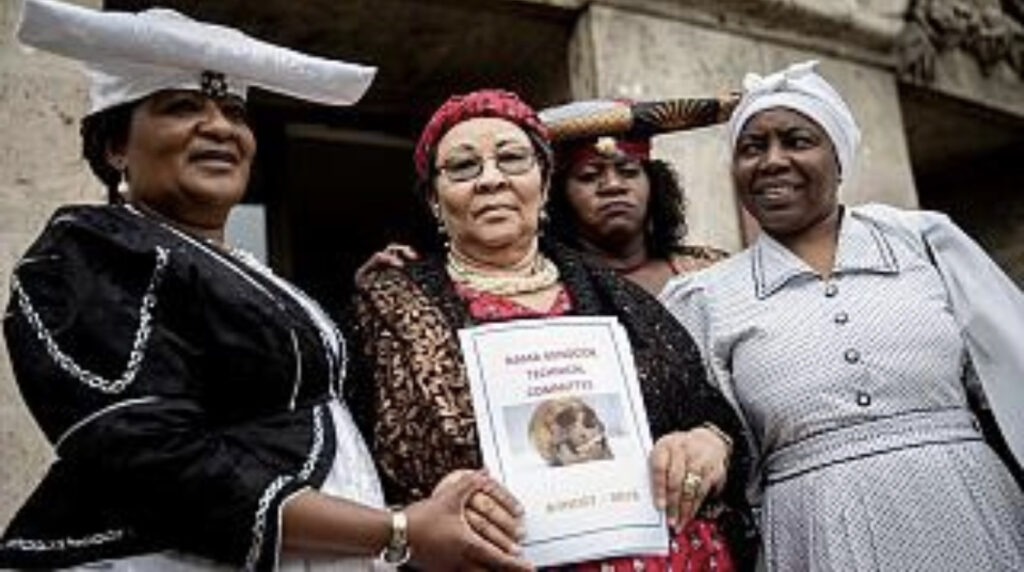 The German compensation/reparations offer for what it admits as Genocide in colonial-era Namibia  has been rejected by Namibian traditional rulers.

The traditional leaders of Namibia’s Herero and Nama people  say 1.1 billion Euros to support the descendants of the victims is not enough  and they want repatriations too.

In a “gesture to recognise the immense suffering inflicted on the victims”; Germany will support the “reconstruction and the development” of Namibia via a financial programme of 1.1 billion euros ($1.34 billion); Germany’s foreign minister Heiko Mass said on Friday. 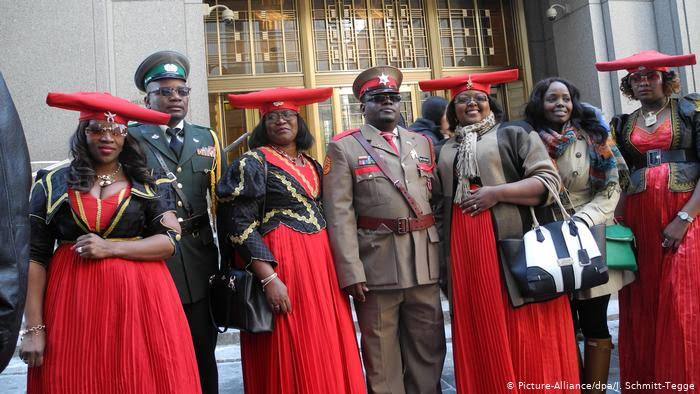 The sum will be paid over 30 years, according to sources close to the negotiations; and must primarily benefit the descendants of the Herero and Nama.

Yet Maas stopped short of referring to reparations, saying the payment did not open the way to any; “legal request for compensation”.

“The acceptance on the part of Germany that a genocide was committed is the first step in the right direction,” Namibian President Hage Geingob’s spokesman Alfredo Hengari told AFP.

“It is the basis for the second step, which is an apology, to be followed by reparations,” he added.

Activist groups in both countries also criticised the lack of direct reparations, with the German-based initiative; “Berlin Postkolonial” saying it was “doomed to fail” and “not worth the paper it is written on”.

“That is pathetic. It is very impossible to give such an amount of money. We the descendants, we want the real reparations, restorations,” said protester Anton Alpheurs Kuhlmann.

“In light of the historical and moral responsibility of Germany; we will ask forgiveness from Namibia and the victims’ descendants” for the “atrocities” committed, Maas said.

The agreement came after more than five years of negotiations between the Germany and Namibia; over events in the territory held by Berlin from 1884 to 1915.

German colonial settlers killed tens of thousands of indigenous Herero and Nama people in 1904-1908 massacres; in what is  labelled the first genocide of the 20th century by historians and poisoning relations between Namibia and Germany for years.

Namibia was called German South West Africa during Berlin’s 1884-1915 rule, and then fell under South African sway for 75 years, before finally gaining independence in 1990.

Tensions boiled over in 1904 when the Herero — deprived of their livestock and land — rose up; followed shortly after by the Nama, in an insurrection crushed by German imperial troops.

In the Battle of Waterberg in August 1904, around 80,000 Herero, including women and children; fled and were pursued by German troops across what is now known as the Kalahari Desert. Only 15,000 survived.

Colonial soldiers carried out mass executions and forced men, women and children to flee to the desert where thousands died of thirst. They also established infamous concentration camps, such as the one on Shark Island.

The atrocities have poisoned relations between Berlin and Windhoek for years.

According to Africanews; Negotiations over an apology began in 2015, and in 2018 Germany returned the bones of members of the Herero and Nama tribes; with the minister for international cultural policy Michelle Muentefering asking for “forgiveness from the bottom of my heart”.

Rejecting an accord last year, President Geingob said Berlin refused to accept the word “reparations”; as that word was also avoided during the country’s negotiations with Israel after the Holocaust.