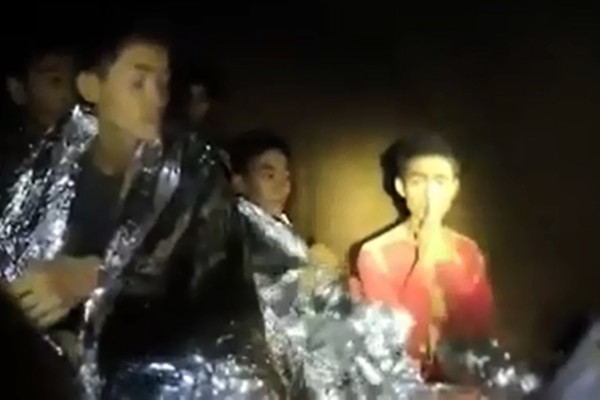 4 of 12 boys who were trapped in a cave in Northern Thailand have been freed in an 8-hour rescue operation by divers.

The 12 boys who are members of the Wild Boars football club had gone missing and were found in Tham Luang cave in Thailand’s Mae Sai.

25-year-old assistant coach Ekaphol Chantawong took the boys to the cave, which they have visited before, on June 23.

While in the cave a heavy rainfall had poured, blocking the entrance and forcing them to go even deeper and trapping them.

The rescue operation has been described as a dangerous one, as it involved the boys diving underwater and making a 2-mile journey.

The journey saw two divers accompanying each boy, one guiding a boy through the cave in the front while carrying his oxygen tank, with the second trailing behind.

The head of the joint command centre coordinating the operation, Narongsak Osatanakorn, confirmed the rescue of the 4 boys, with the operation to continue tomorrow.

The 4 boys reportedly received preliminary health checks before being transferred to the hospital. One of the boys was airlifted while 3 went with  ambulances.