Video: The Chilling Horror Story Of The 21 Iva Valley Igbo Miners Massacred By The British In 1949 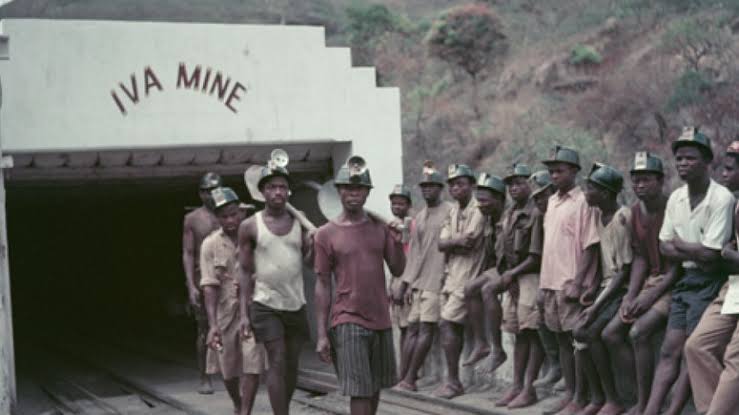 There is a winding road uphill in Enugu state Nigeria. The road is called Milliken Hill. Milliken Hill road is a 4.8km long and narrow highway at the cliff edge of the hill, constructed in colonial times due to coal discovery on the hill. It was named after the head engineer who designed the road. Beneath the hill is Iva Valley, the popular old coal mines which gave Enugu its slogan — the coal city. The valley is a reminder of the painful massacre of nearly 71 years ago.

The Iva valley is said to be haunted due to the 21 miners massacred in the mines of Iva Valley. And the horrifying shrieks of damned souls of the massacred miners has been reported heard by travelers on the road till date.

70 years ago, the lives of 21 miners — fathers, husbands, sons, breadwinners — came to an abrupt end. When they fell to a hail of bullets at the hands of the colonial police. Whilst protesting harsh working conditions. This was one of the many motivations for the Zikist movement for Nigerian Independence.

On the 18th November 1949, 21 striking miners and a bystander were shot dead at a British government-owned coal mine at Enugu, Nigeria. 51 were injured.

Why The Miners Revolted

The miners were fighting for back-pay owed to them for a period of casualisation known as ‘rostering’. Which was later declared illegal. And had been sacked following a work to rule. They occupied the mine to prevent a repeat of the lock-out they had suffered during the 1945 general strike. Because Enugu was home to the Zikist independence movement, which included Marxists and other radicals; police were sent to remove the mine’s explosives. Accompanied by Hausa troops drafted in from the North of the country; whose language and even their uniforms were unfamiliar to the Igbo miners. 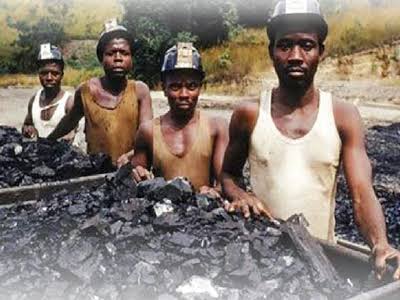 Local Igbo constables fraternised with the workers, they were sure the government would pay them what they were due. In return the miners assured them they did not want to fight. They would not obstruct the police from removing the explosives, but refused to help because it wasn’t their job. They had strict work demarcation imposed by the British, these were hewers and tubmen: “This job is for timbermen, some special labourers, he should call them.”

Nigerian Coal had been of strategic importance during the World war. And continued to be vital in the re-building of infrastructure by the post-war Labour government. Who sought to maximise output in the Sterling zone to pay off its debt to the U.S. Many of the men had served in the British armed forces, veterans of guerrilla warfare in Southeast Asia. In 1943 with inflation raging they had been called on to make up the shortfall in the British coalfields caused by the war. They were acutely aware they had saved Britain’s arse and been led to believe their sacrifices would create a better world, whilst their bosses were planning for a future that didn’t exist.

In 1917, the Iva Valley mines were built to replace the Udi coal mines which had been closed. Subsequently, the working conditions became deplorable. Including cases of racism and physical abuse — under the management of British managers. In one case, Mister T. Yates, a British national, on September 2, 1945 slapped a worker, Mr Okwudili Ojiyi. The worker took courage and brought up an assault case and Mr T. Yates was prosecuted and penalized. 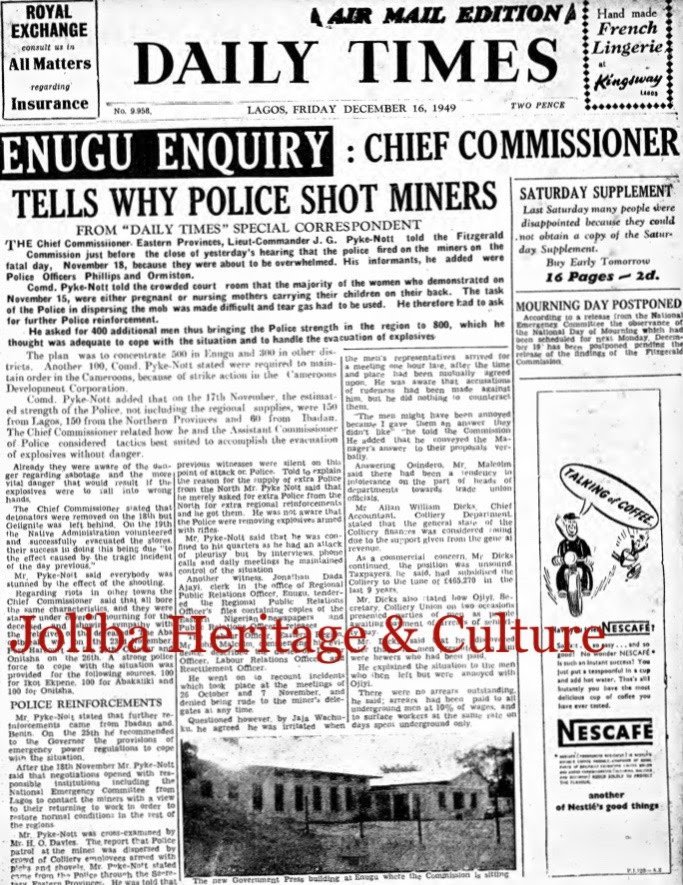 Still, many of the harsh conditions remained. It all escalated on November 1, 1949 when the workers’ demands for the payment of rostering, the upgrading of the mine hewers to artisans and the payment of housing and travelling allowances were rejected by the management. Hence, the workers began a strike which led the Bristish managers to sack over 50 miners. This led the management to move to remove all the explosives from the mines on November 18th, as they feared the strike was as a result of the growing agitations for Independence. 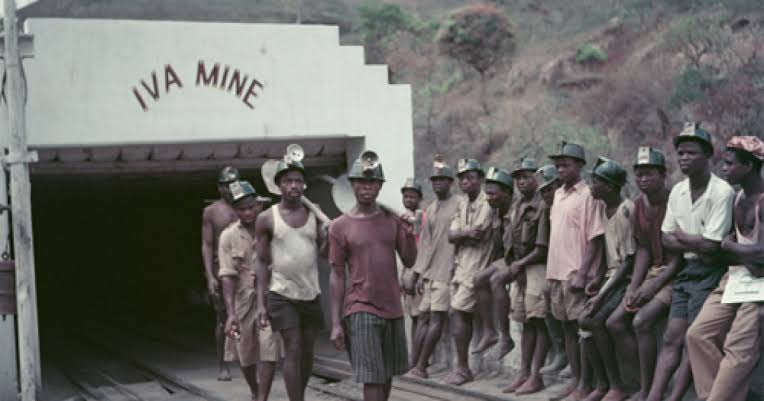 After removing that of Obwetti mines (sister mine) easily, the explosives at Iva Valley proved difficult, especially with the workers refusing to assist the management. The miners also feared that if they removed the explosives, nothing would stand in the way of the management’s shutting down the mine (this was discovered by The Fitzgerald Commission, which the colonialists were forced to set up to investigate the massacre).

As everything was about to descend into chaos, a Briton and Senior Superintendent of Police (SSP), Captain F.S. Philip, was called to the mine along with two other Bristish officers and 75 armed local policemen to assist in the removal of the explosives. Soon, the workers began protesting, singing.

Phillip and his fellow Britons, seeing only threatening African workers and primitive natives, became jumpy as all his racial stereotypes seemed to manifest before his eyes. According to The Nation: “To Captain Phillip, these were not industrial men conducting a protest but savage, hysterical natives, doing dangerous dances, screeching unintelligible noises, poised to attack.”

More miners began pouring out in their hundreds, protesting, with red pieces of cloth to their miners’ helmets, wrists, or knees, as a mark of solidarity.

Around 1:30 pm, the police party became antsy about the numbers and songs of solidarity. According to the investigations, the Captain only heard a; “tremendous howling and screeching noise going on” to which several men danced in a “dangerous” way.

He ordered his men to shoot and aimed his revolver immediately at a miner, Sunday Anyasado, in front of him and shot the hewer in the mouth. Anyasado, a young native of Mbieri, Owerri, who was only recently married and had come to Enugu to earn a living, was the first to fall dead, instantly killed by a bullet from the Captain. Phillip then shot Livinus Okechukwuma, a machine operator from Ohi, Owerri, killing him as well. As chaos descended, Okafor Ageni, an Udi tub man, came out of the mine and asked; “Anything wrong?” but was killed by a bullet on the spot.

These men, who have been tagged matyrs, have simply been reduced to just urban legends of Iva Valley miners’; Camps One and Two and November 18 has never been officially mourned in the history of Nigeria.

And as such, the howls of these men are said to be resounding in the valley up on till this day.

November 2019, marked the 70th memorial is the Iva Valley Massacre.