Video:John Cena Joins South Africa’s Sho Madjozi On Stage As He Endorses Her 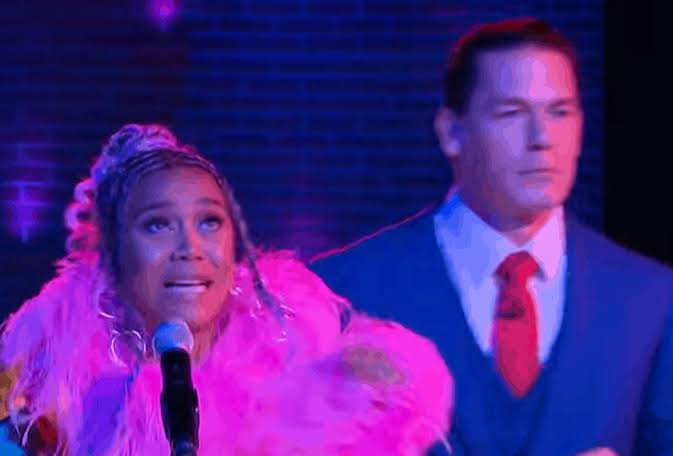 Months after posting Sho Madjozi on his Instagram and refusing to take legal action against the South African singer, WWE super star John Cena suprises Sho Madjozi on stage as he performs Alongside Sho,the song which she dedicated to him.

John Cena appeared on A Little Late With Lilly Singh, where he spoke about the song’s success.

When asked how he knew about it, he said he had learnt about it through social media and messages from people concerned that she was mocking him or using his name for clout.

“So I woke up one day, flooded with messages like, ‘man, you need to check out this link, you need to check this out right now. This girl is singing about you.’ I said, ‘that’s great’, and they said, ‘no it’s not, this girl is making fun of you, she’s using you in a song, you’ve got to stop this’.”

John said while there were calls for him to take legal action against Sho for copyright infringement, he was impressed with her.

“So, it’s two schools of thought. Yes, she’s mentioning my name and referencing what I do for a living, and I could easily be like, ‘yo, that’s IP copyrighting’ or I could say, ‘wow, she is a South African artist and my contribution at WWE has sparked creative inspiration to someone halfway across the world’. She can do whatever she wants. 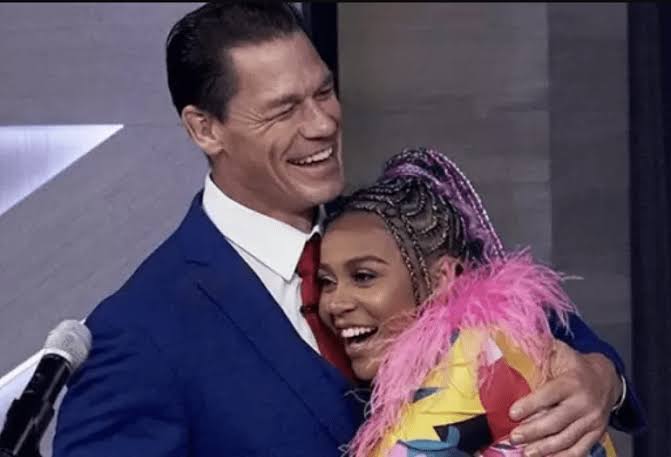 Sho Madjozi is a huge fan of John Cena and her reaction was priceless when he appeared on Kelly Clarkson’s show to support her.

It was an awesome and beautiful moment and Sho Madjozi could not contain her self.

The wrestler also announced that the song will be featured in his new film, Playing With Fire, as part of his character’s early-morning ritual.

The endorsements came just hours after he surprised the star during her performance of the song on The Kelly Clarkson Show, sending her into a fit of excitement.

Fans and celebs alike took to social media to express how proud they are of Sho – she is living proof that dreams do come true.

It’s no secret that Sho is a huge fan of the US wrestler that she was inspired by for the song, and she has expressed her desire to meet him many times.