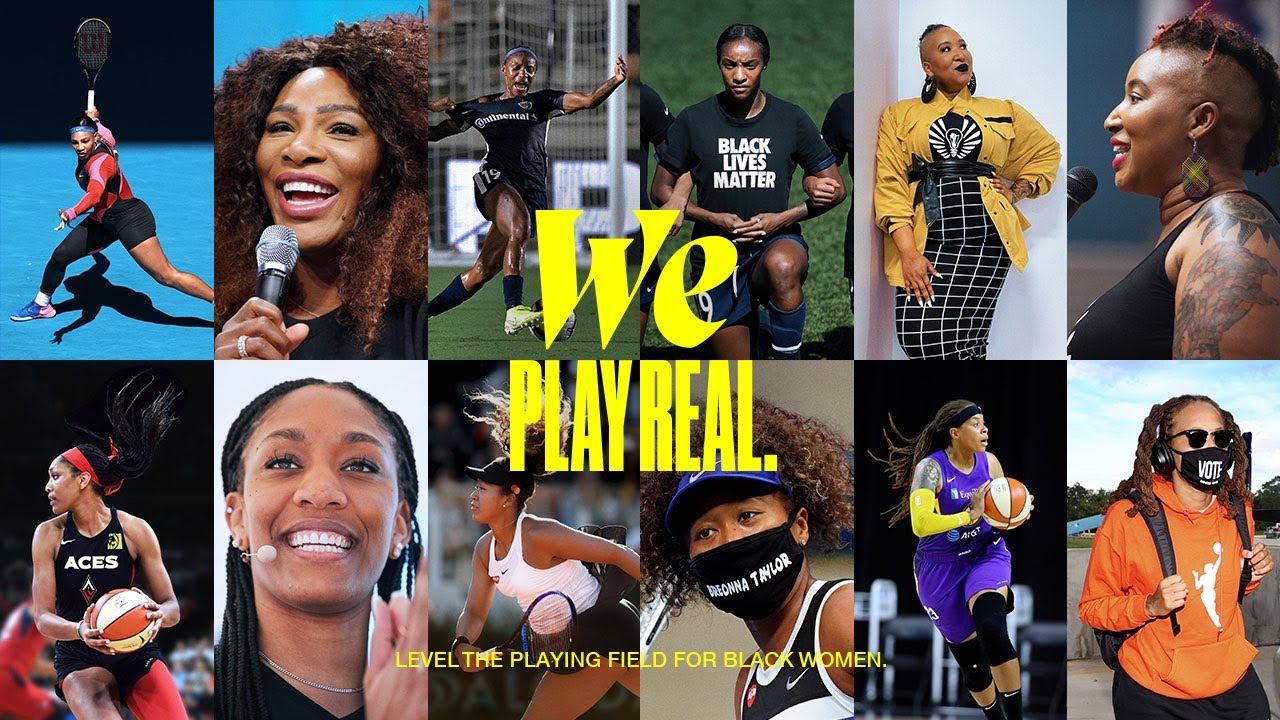 We are excited about this one! The athletic apparel and sneaker giant Nike is celebrating Black women during Women’s History Month; with its We Play Real campaign featuring a one-minute ad celebrating Black female athletes.

“We give our blood, sweat, and tears to be our very best, even when the world tells us it’s never going to be enough,” Fishback says in the ad. “We got that thang, that hooping, soccer-playing, game-changing, oh so resilient, double-a outing, butterfly stroking thang and worked for all this.”

The ad also features a black-and-white video of Shirley Chisolm; Cheryl Miller; Black astronauts, and members of the Houston Comets WNBA team that won the league’s first title in 1996.

“This ain’t magic,” Fishback says as the We Play Real ad is ending. “This is the real thing.”

Black women were at the forefront of the Black Live Matter movement last year as well as the presidential election. The Atlanta Dream WNBA team and members of other WNBA teams were paramount in Rev. Raphael Warnock and Jon Ossoff being elected to the senate. The Dream began supporting Warnock after their former owner; Sen. Kelly Loeffler, denounced the league for painting Black Lives Matter on the WNBA playoff bubble.

Osaka and Williams recently played each other at the Australian Open last month with Osaka winning in straight sets. Many saw the match as a passing of the torch. Wilson was the 2020 WNBA Most Valuable Player; and took the Aces to the WNBA Final before falling to the Seattle Storm. Wilson is also a two-time All-Star.

Nike will also donate $500,000 to Black Girl Ventures, an organization providing founders of color with access to; community, capital, and capacity building in order to meet business milestones that lead to economic enhancement.