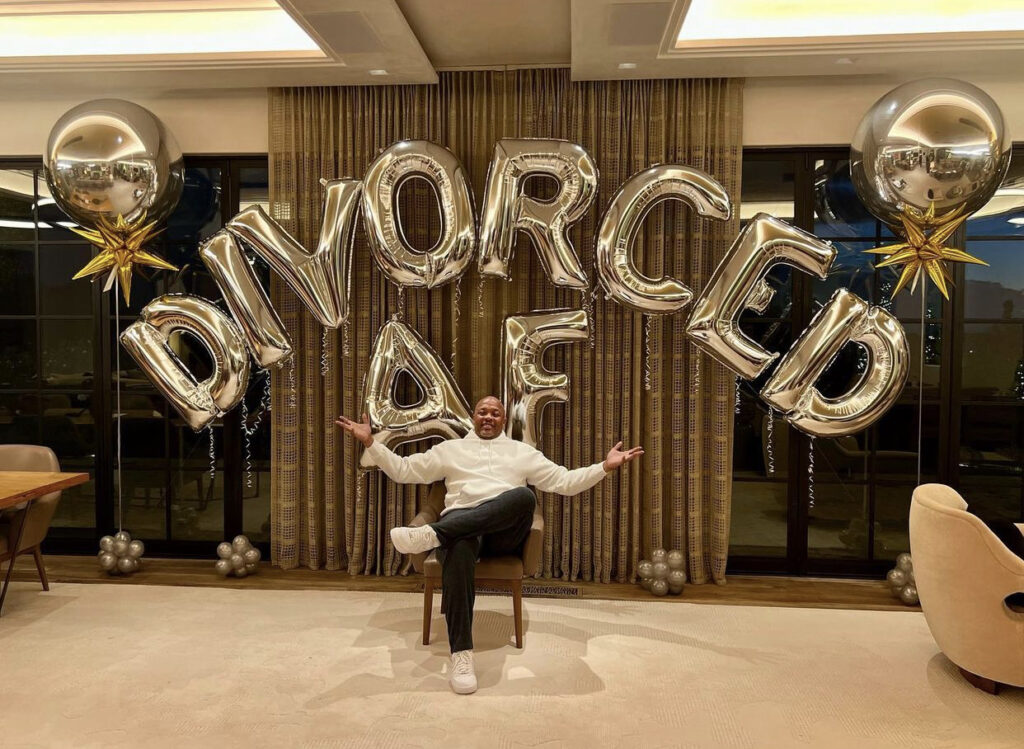 Following the chaotic divorce process of Dr. Dre and now Ex-wife; Nicole young, the many court proceedings, back and forth spousal support tussle, Dre can finally breathe a fresh air of relief as the divorce proceedings have been finalized. The mogul celebrated the official end of his marriage to Nicole Young on Thursday, while smiling for a photo and sitting next to a set of balloons that spelled out DIVORCED AF. His friends and associates also joined him in the celebration as they reposted the image on their Instagram pages.

We have been following the divorce proceedings of The Youngs who got married in 1996 since Nicole filed for divorce in June 2020. The now former couple were constantly at loggerheads over whether their prenup was actionable. Nicole Young also accused Dr. Dre of carrying on affairs with multiple mistresses; as well as made claims that she had been physically abused during their marriage. 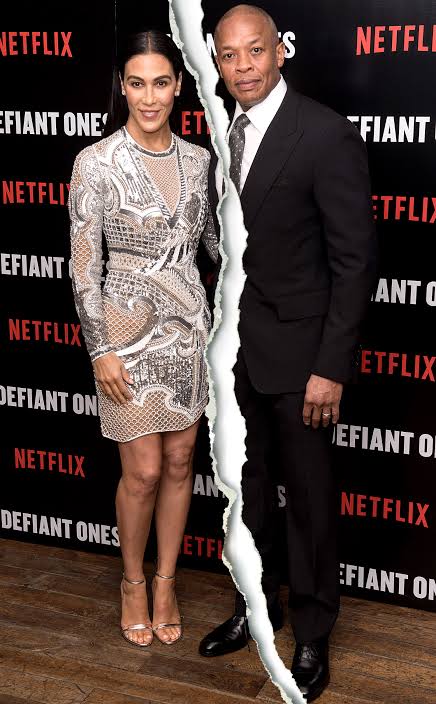 The Youngs  also made news headlines over Nicole’s request for $4 million to pay for her lawyers, in addition to Nicole Young being granted $3.5 million annually in spousal support this July.

Despite this divorce costing the mogul a lot of money; we guess Dre is finally at peace and celebrating with his DIVORCED AF BALLOONS.

Dr. Dre is definitely considered a living legend and he has built his legacy through multiple streams. Most notably he is a member of the legendary rap group N.W.A, however; he also had a very successful solo career, and is responsible for the career of many other artists as he has produced multiple classic hits.

Aside from that, he is also the co-founder of Beats headphones; which Apple bought for $3 billion back in 2014.