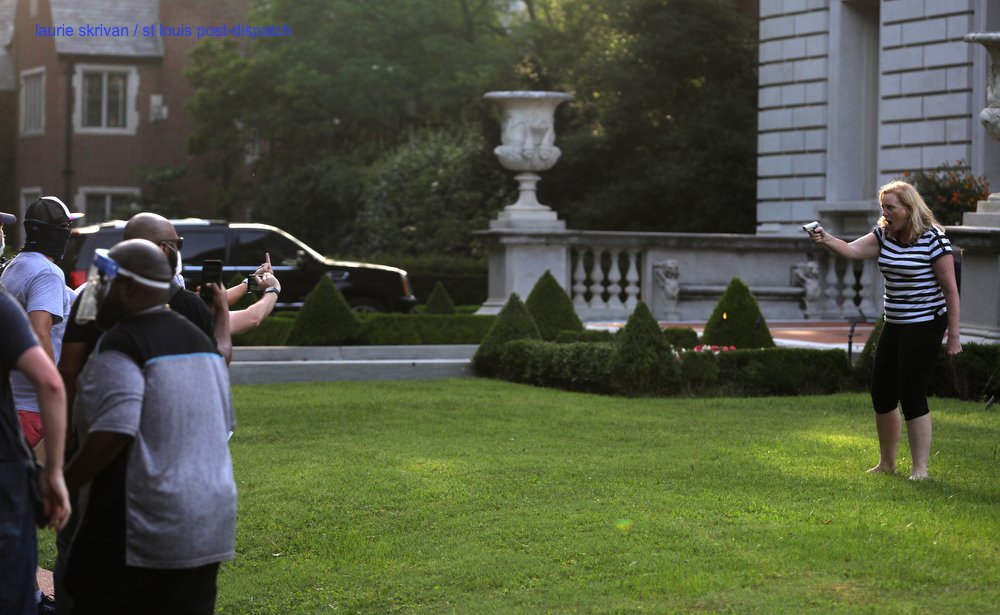 In a region that has long been in the spotlight for tensions over policing and racial inequality; the actions of the white couple seemed to capture the divisions rippling throughout the nation in 2020. Another day, another Karen and Ken!

A couple pointed guns at protesters in St. Louis as a group marched toward the mayor's home to demand her resignation. https://t.co/aKMiqfjpRB pic.twitter.com/0H0W6JPFUR

According to ABC News, video captured a white couple standing outside their home on Sunday; and pointing their weapons at the protesters in the upscale Central West End neighborhood of Missouri City.

In the video, the couple, that has now been identified as Mark & Patricia McCloskey; shouted at the protesters in a threatening manner as they walked by. The woman could be seen holding a handgun, while the man was seen holding a rifle.

An armed couple came out of their house and pointed guns toward BLM protesters in the Central West End #KrewsonResign #CloseTheWorkhouse #DefundPolice pic.twitter.com/owD4WDGVCL

The protesters were making their way to Mayor Lyda Krewson’s home as they shouted “Resign Lyda, take the cops with you,”; after a Facebook live briefing in which Krewson read the names and addresses of the residents; that wrote letters to her suggesting she defund the police department.

The video was later removed from Facebook as Krewson issued an apology and said that she did not “intend to cause distress.” A spokesperson later said, “She’s apologized, acknowledges she made a mistake and has absolutely no intention of resigning.”

Nonetheless, many people have continued to call for Krewson to resign from her position. An online petition has been circulating and by Monday; it gained more than 43,000 signatures. Other officials have also spoken out about Krewson’s actions and pointed out how it was wrong. State Rep. Rasheen Aldridge, D-St. Louis said at a protest on Sunday, “As a leader, you don’t do stuff like that … it’s only right that we visit her at her home.”