Why The Hawk Takes Away Little Chicks: An African Folklore 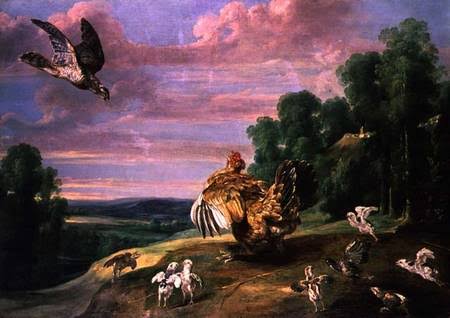 In the olden days there was a very fine young hen who lived with her parents in the bush. One day a hawk was hovering round, about eleven o’clock in the morning, as was his custom; making large circles in the air and scarcely moving his wings. His keen eyes were wide open, taking in everything (for nothing moving ever escapes the eyes of a hawk; no matter how small it may be or how high up in the air the hawk may be circling). 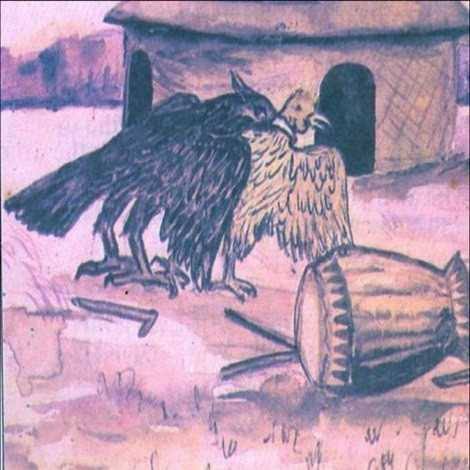 This hawk saw the pretty hen picking up some corn near her father’s house. He then closed his wings slightly, and in a second of time was close to the ground; then spreading his wings out to check his flight; he alighted close to the hen and perched himself on the fence, as a hawk does not like to walk on the ground if he can help it.

He then greeted the young hen with his most enticing whistle, and offered to marry her. She agreed, so the hawk spoke to the parents, and paid the agreed amount of dowry; which consisted mostly of corn, and the next day took the young hen off to his home.

Shortly after this a young cock who lived near the hen’s former home found out where she was living, and having been in love with her for some months; in fact, ever since his spurs had grown—determined to try and make her return to her own country. He therefore went at dawn, and, having flapped his wings once or twice, crowed in his best voice to the young hen. When she heard the sweet voice of the cock she could not resist his invitation, so she went out to him; and they walked off together to her parent’s house, the young cock strutting in front crowing at intervals.

The Hawk Finds Out

The hawk, who was hovering high up in the sky, quite out of sight of any ordinary eye; saw what had happened, and was very angry. He made up his mind at once that he would obtain justice from the king, and flew off to Calabar, where he told the whole story, and asked for immediate redress. So the king sent for the parents of the hen, and told them they must repay to the hawk the amount of dowry they had received from him on the marriage of their daughter, according to the native custom; but the hen’s parents said that they were so poor that they could not possibly afford to pay.

And so, the king told the hawk that he could kill and eat any of the cock’s children whenever and wherever he found them as payment of his dowry, and, if the cock made any complaint, the king would not listen to him. 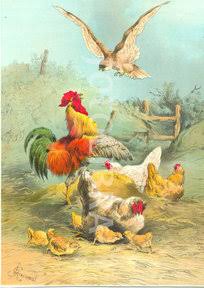 From then on, until now, whenever a hawk sees a chicken he swoops down and carries it off in part-payment of his dowry.