Will Smith And Antoine Fuqua Have Moved Their New Film Production Away From Georgia, As A Protest Against Latest Jim Crow-Ish Bill 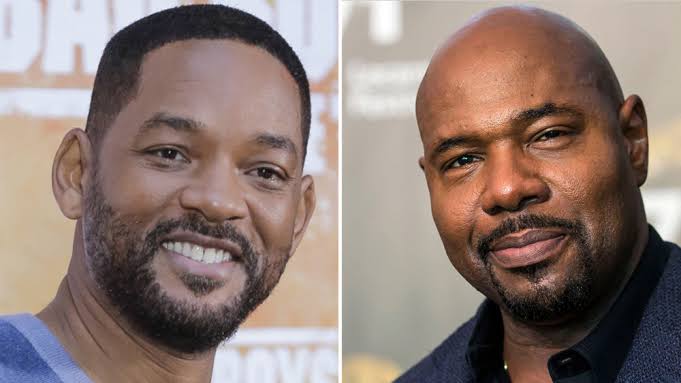 We saw the huge role played by Stacey Abrams in the just concluded elections to flip Georgia Blue, her massive community outreach helped improve black voter numbers. It seems her success pressed the necks of some white supremacists, as a new Jim Crow-Ish Bill has just been signed. This oppressive Bill limits early voting when there is a runoff election like the one that sent both Ossoff and Warnock to Washington, D.C. as historic first-time Georgia Senators. Another provision of the bill is that it would make it a CRIME for anyone other than official election workers to distribute food or beverage to people waiting in long lines to vote.

Additionally, the bill bans mobile voting booths that were used extensively in Georgia in 2020. The numerous irksome provisions of the bill are available for you to check out and cringe on the AJC’s website.

Following the signing of this bill by Georgia Governor Brian Kemp, several organization and bodies are carrying out punitive actions against the state.

The MLB pulled the All-Star game from the Atlanta Braves home stadium and both Delta and Coca-Cola have issued public statements condemning obnoxious Bill.

In their own way of protesting and condemning the Bill, according to an article in Deadline; Will Smith and Antoine Fuqua have officially moved the production of their new Apple runaway slave film Emancipation out of Georgia today. Because there is really no point shooting a film about freedom in a state ravaged by voter suppression.

They issued the following statement regarding their decision;

“At this moment in time, the Nation is coming to terms with its history and is attempting to eliminate vestiges; of institutional racism to achieve true racial justice. We cannot in good conscience provide economic support to a government that enacts regressive voting laws that are designed; to restrict voter access. The new Georgia voting laws are reminiscent of voting impediments; that were passed at the end of Reconstruction to prevent many Americans from voting. Regrettably, we feel compelled to move our film production work from Georgia to another state.”

As some of you may already know, Georgia is a rest haven for film production; because the state has offered significant tax incentives for these companies to create movies and television shows in the state; and particularly in the Atlanta area and surrounding suburbs. Many Marvel movies and TV series were shot there in addition to long-running hit series like; The Walking Dead have all made homes in Georgia. If more production pull out of Georgia; the state will lose a significant amount of money from their coffers and may have to rethink how they operate; if they want to keep the Hollywood faucet running.