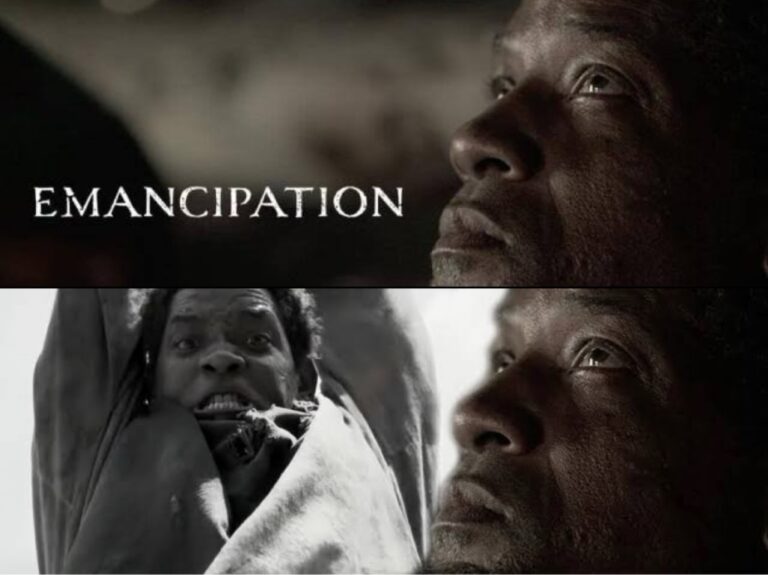 Apple Studios has revealed that Will Smith’s upcoming movie “Emancipation” will hit theaters next month, just in time for the upcoming awards season. This means that the movie will indeed be released this year.

Contrary to rumors that the historical drama from “Training Day” director Antoine Fuqua would be postponed until 2023, the movie will officially debut in theaters on December 2 and be made available to stream on December 9.

“Emancipation” is Will Smith’s first major project since he walked onstage during the Oscars ceremony in March and slapped presenter Chris Rock over a joke the comedian made about Smith’s wife, Jada Pinkett Smith.

Smith later expressed regret for his behavior and voluntarily left the Academy, which resulted in a ten-year ban on him attending the Oscars. He may still be considered for an award, though, if his Hollywood peers think he deserves it.

In the wake of Smith’s altercation with Rock, the release of “Emancipation,” which was finished barely a month before the iconic awards show moment, was initially postponed, derailing plans for a significant awards season.

But Apple Studios, which acquired the film for a record-breaking $120 million, has apparently changed course — and the gripping first trailer makes a powerful case as to why.

Emancipation is a historical drama

Inspired by real-life events, “Emancipation” stars Smith as Peter, a man who escapes slavery in Louisiana, journeys north and joins the Union Army during the Civil War. Photos of his whipping scars, including one known as “The Scourged Back,” become some of the most widely circulated at the time and ultimately help expose the brutality of slavery to the world.

During a private screening of the film over the weekend, Smith gave his first comments about the period drama to a crowd at the Congressional Black Caucus Foundation’s 51st Annual Legislative Conference.

“Throughout my career, I’ve turned down many films that were set in slavery. I never wanted to show us like that, you know, and then this picture came along, and this is not a film about slavery,” Smith said, according to The Hollywood Reporter. “This is a film about freedom. This is a film about resilience.”