World Best Teacher, Is Kenyan. He Gives Away 80% Of His Monthly Income. 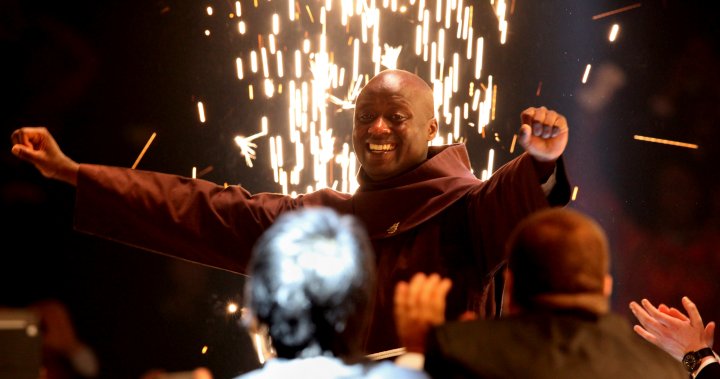 A Kenyan science teacher has been crowned the best in the world after winning the 2019 Global Teacher Prize.

“It is unbelievable. I owe it all to God. I am very grateful to the almighty God,’’ these were the words of the 36-year-old Egerton University.

Mr Peter Tabichi, who is also a Franciscan brother, the brothers take vows of celibacy, poverty and obedience to the gospel way of life that values simplicity, justice and care for the earthhas been a teacher for 12 years.

Finalists were selected from over 10,000 nominees and applications from 179 countries around the world.

Mr Peter Tabichi was praised for giving away 80 per cent of his monthly salary to help poor students in his school, through his donations, the school has been able to build new classrooms.

His dedication, hard work and passionate belief in his students’ talents has led his poorly-resourced school to emerge victorious after taking on the country’s best schools in national science competitions.

The school is located in a remote and semi-arid part of Rift Valley.

There, students from a host of diverse cultures and religions learn in poorly equipped classrooms.

When he was applying for the competition last year, Mr Peter Tabichi, said he was just trying his luck.

Peter Tabichi has dedicated his life to the community and trains the residents and students on new farming methods to address food insecurity in the famine-prone region.

“I trained the villagers on alternative ways of growing vegetables in gardens. I started peace clubs to unite seven different tribes in our school following the 2007 [post-election violence] that led to killings in Nakuru,” he said.

According to Varkey Foundation, the Nakuru teacher has turned lives around in a school with only one computer, poor internet, and a student-teacher ratio of 58:1.

Mr Peter Tabichi also revealed in an interview “most of his students are from poor families and single-parent homes.

“They learn in poorly-equipped classrooms. Their lives are tough in a region where drought and famine are frequent,” he said.

Drug abuse, teenage pregnancies, dropping out from school, young marriages and suicide are common in the community but he believes they can beat the odds if only they dream big and work hard.

He started a talent-nurturing club and expanded the school’s Science Club, helping pupils design research projects of such quality that 60 per cent now qualify for national competitions.

The teacher mentored his pupils through the Kenya Science and Engineering Fair 2018—where students showcased a device they had invented to allow blind and deaf people to measure objects.

“This saw this village school come first nationally in the public schools category. The Mathematical Science team also qualified to participate at the INTEL International Science and Engineering Fair 2019 in Arizona, USA, for which they are currently preparing for,” he said.

His students have also won an award from The Royal Society of Chemistry after harnessing local plant life to generate electricity.

“By encouraging my students to participate in science and talent-nurturing clubs, they become very innovative. To be a great teacher, you have to be creative embrace technology and promote modern teaching methods. You have to do more and talk less,” The Kenyan Winner said.

Tabichi says he wants to use his 2019 Global Teacher Prize to give back to the society and promote Science Technology Engineering and Math (STEM).

The Kenyan president, Uhuru Kenyatta, described Tabichi as a “shining example of what the human spirit can achieve.””Peter, your story is the story of Africa, a young continent bursting with talent,” Kenyatta said in a video.