25 year old Halima Cisse From Mali, Gives Birth To Nine Babies, Sets The World Record For The Most Children To Survive In A Single Birth. 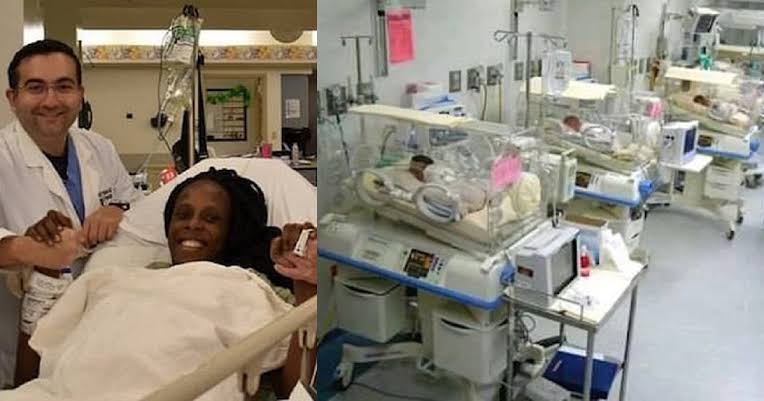 When 25 year old Halima Cisse first had an ultrasound scan, she was told she was carrying seven babies in her womb. She prepared her self for septuplets but on the day of delivery; Nine healthy babies came out her, setting a record of the most healthy babies in a single birth.

The doctors who hitherto prepared for seven babies; were shocked to find two more children when they performed a C-section on Tuesday.

All the nine babies – five girls and four boys – are said to be currently “doing well”.

According to AFP, the Malian government flew the pregnant Cisse; who is from the north of the West African country – to Morocco on 30 March, to ensure she received better care. 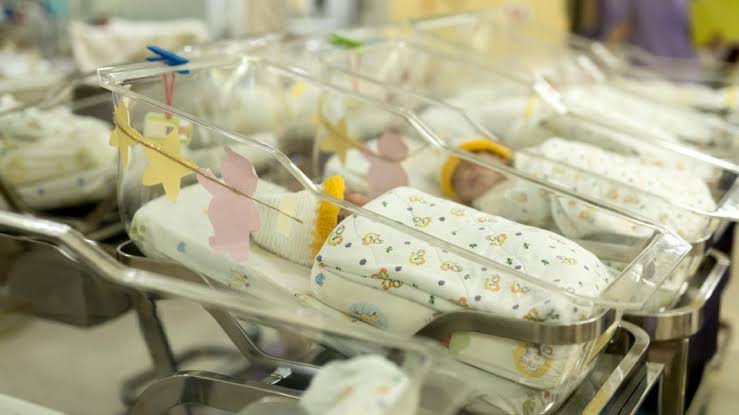 “I’m very happy,” her husband told the BBC. “My wife and the babies [five girls and four boys] are doing well.”

A woman who had eight babies in the US in 2009 holds the Guinness World Record for the most children delivered at a single birth to survive.

Prof Youssef Alaoui, medical director of the Ain Borja clinic in Casablanca where Halima Cisse gave birth; told the AFP news agency that the case was “extremely rare, it’s exceptional” – and a team of 10 doctors and 25 paramedics had assisted at the delivery of the premature babies. 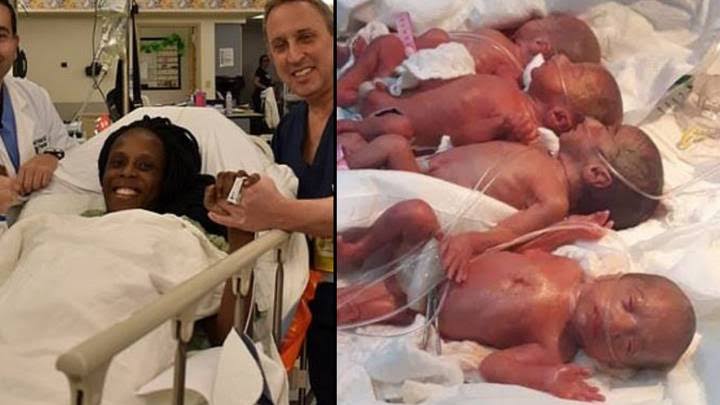 Ms Cissé’s pregnancy became a subject of fascination in Mali; even when it was thought she was only carrying septuplets, Reuters news agency reports.