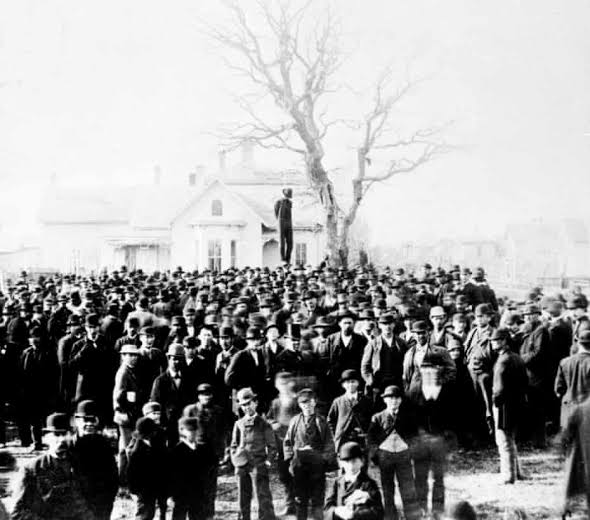 According to the National Association for the Advancement of Colored People (NAACP); tensions began to rise in the United States throughout the late nineteenth century, particularly in the south; where residents blamed their financial troubles on the newly freed slaves who lived among them. As a kind of retribution against the emancipated blacks, whites resorted to lynching. Petty crime, rape, or any suspected sexual contact between black men and white women were the most common causes of lynchings. Lynching became popular among whites because they believed it was necessary to safeguard white women.

According to libertyafrica, There were 4,743 lynchings in the United States between 1882 and 1968. 3,446 of the persons that were lynched were black. According to the NAACP, blacks accounted for 72.7 percent of those lynched, though not all of the lynchings were ever recorded.

Only 1,297 white persons were lynched out of 4,743 total, accounting for 27.3 percent. These whites were lynched for committing domestic crimes, assisting black people, or opposing lynching.

According to a story by The Guardian, “a typical lynching would involve criminal accusations, often spurious, against a black American; an arrest, and the gathering of a “lynch mob” intent on undermining the usual constitutional court process.”

Victims were apprehended and tortured, with several being hung from a tree and set on fire, according to the report. Some were mutilated, and their flesh and bone were taken as souvenirs by mob members. 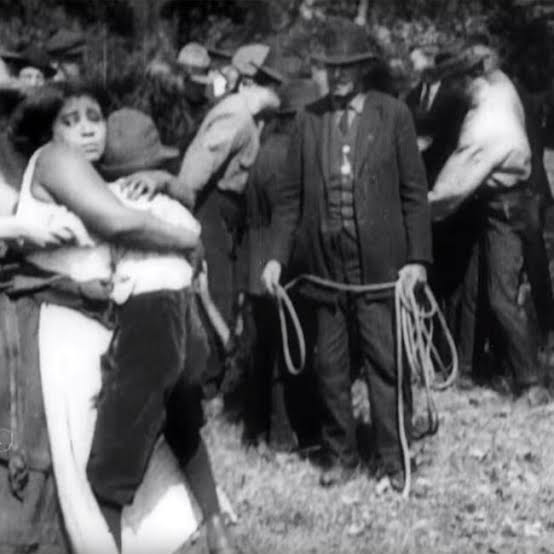 From 1882 to 1968, the top five American states with the most lynchings were:

Mississippi had the most number of lynchings of any state. According to Julius E. Thompson’s book “Lynchings in Mississippi: A History, 1865-1965,” about one out of every ten lynchings in the United States occurred in Mississippi in the 100 years after the Civil War. In Mississippi, hanging, or the gallows, was the means of execution until the 1940s. The electric chair was eventually installed by state legislators. According to the NAACP, Mississippi had the most lynchings of any state between 1882 and 1968, at 581. These killings, like those in other Southern states, were mostly committed by white mobs against black victims.

Emmett Till’s lynching was the most well-known in Mississippi. Following a rumor that he flirted with a white woman, the 14-year-old was slain in 1955. The terrible homicide sparked the Civil Rights Movement, and a rallying cry was heard across the country. In October 1942, two 14-year-old boys named Charlie Lang and Ernest Green were murdered in Shubuta, Mississippi, after a white girl accused them of attempted rape.

During the same time span (1882 to 1968), Georgia saw 531 lynchings, with 92 of them targeting black persons. On the orders of his first employer, John Moody, a farmhand who decided to leave his white employer in Bryan County in 1901 to work for another white farmer, was slain by a white mob. There was the example of Jesse Stater, who was killed by a mob in November 1917 after being accused of writing a “insolent letter to a white woman.”

After Mississippi and Georgia, Texas is third in terms of the total number of lynching victims. Between 1882 and 1968, Texas saw 493 victims, 352 of whom were black and 141 of whom were white. According to a survey by the Texas State Historical Association, allegations of murder or attempted murder sparked at least 40% of mobs between 1889 and 1942, while rape or attempted rape sparked 26%. African Americans were more likely than other ethnic groups to be lynched for rape.

Meanwhile, the Great Hanging at Gainesville, the largest mass lynching in the state’s history, occurred in October 1862; when vigilantes hanged 41 suspected Unionists. Jesse Washington, a black teen farmhand, was killed in Waco, Texas, in 1916; in what became a well-known case of racially motivated lynching. In rural Robinson, Texas, Washington was found guilty of raping and murdering his white employer’s wife.

Between 1882 and 1968, there were 391 lynchings in the state, with 335 of the victims being black. The majority of these killings took place in South Louisiana, where mob violence was more common. According to Michael J. Pfeifer, these lynchings were an expression of the racial hierarchy that underpinned South Louisiana’s sugar economy. Walter Starks, an African American, was lynched by white lynchers in St. Mary Parish in June 1896 after being suspected of robbing and attempting to murder the wife of a plantation owner.