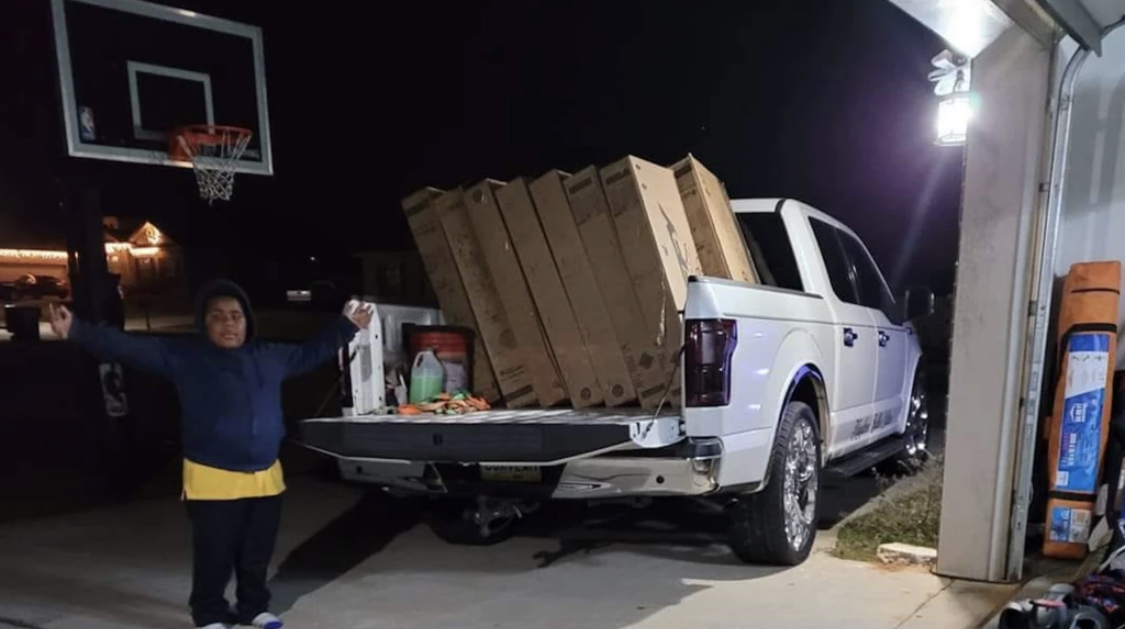 Charity began at a young age for 9 year old Josh Cox from Alabama, who bought 20 bicycles with his money for children who are in need. This kind gesture is indeed very heartwarming.

At an early age, Josh’s parents are teaching him the basics of operating a business. He had a party rental business before joining his father’s company, Cox Transportation.

“On paper we put him as the operations manager and; so, just teaching him different things about gross, net income, how to pay drivers as he stated; making sure drivers are taken care of and the fundamentals of business day in and day out,” his father, Anthony Cox, told FOX10 News.

Josh Cox now has his own 18-wheeler truck which he oversees and employs one driver. He had been earning more money and he wanted to give back to others in need.

Josh then bought 20 brand new bicycles for 10 boys and 10 girls. He personally gave the bicycles to the children with their families who reached out to his parents through their post about the giveaway on Facebook.

“Some families are less fortunate and we just wanted to help out,” he said.

Since Josh began making more money with the trucking business he wanted to pay it forward. His mother, Lavetter Jones Cox, took to social media to put out a call to action; and Following the distribution of the bikes Lavetetter thanked everyone in a Facebook post for spreading the word and supporting Josh’s initiative