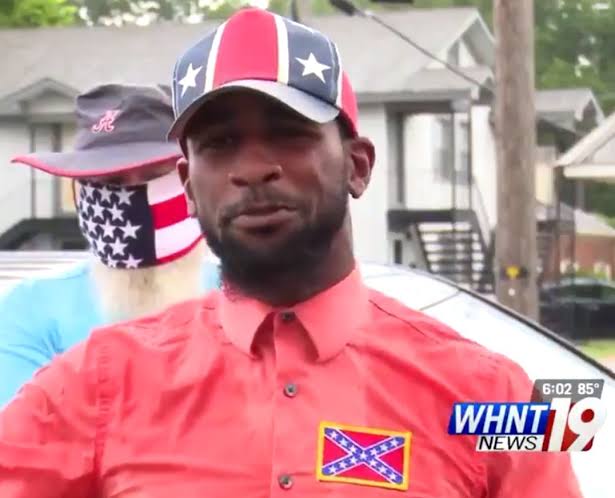 Black man from Alabama is currently trending on social media due to a now-viral interview with a local Alabama news outlet; in which he proudly voices his support for the Confederate Flag and monuments. In the short clip, Daniel Sims explains why he supports the Confederate flag; and also reveals that he was adopted and raised by a white family. 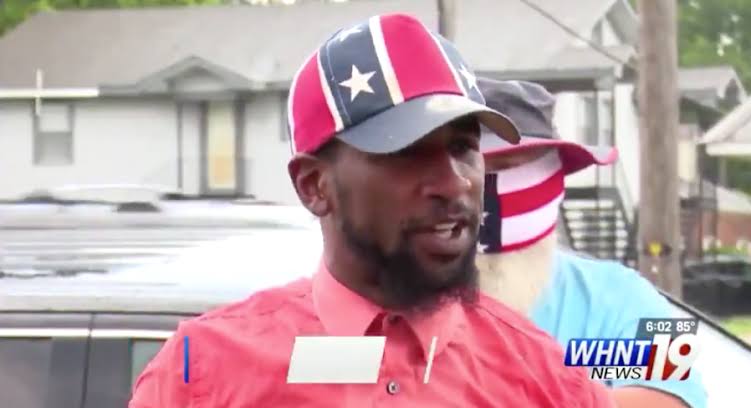 Daniel Sims, who is a member of the Alabama Captain John Rayburn Camp 452 Sons of Confederate Veterans, said; “Regardless of how the next person feels, I’m not going to take my flag down. If I got anything to do with it, ain’t no monument going to come down.”

Sims, who is Black, explained that he was adopted when he was three years old; by a white family. “My whole family’s white. I went to all white school. Grew up in an all-white neighborhood. My grandfather was white and he was the main one that fought in this war here; and he’s taught me everything I know,” said Sims.

He continued, stating how he would personally feel if the Confederate flag and statues were relocated or removed.

I was wondering why Clayton Bigsby was trending

(It goes without saying that Daniel Sims is a full blown 🦝🦝🦝) pic.twitter.com/NwEOCef3xG

His interview instantly went viral, with many on social media; comparing him to the popular character that Dave Chapelle played on his sketch show, Clayton Bigsby.