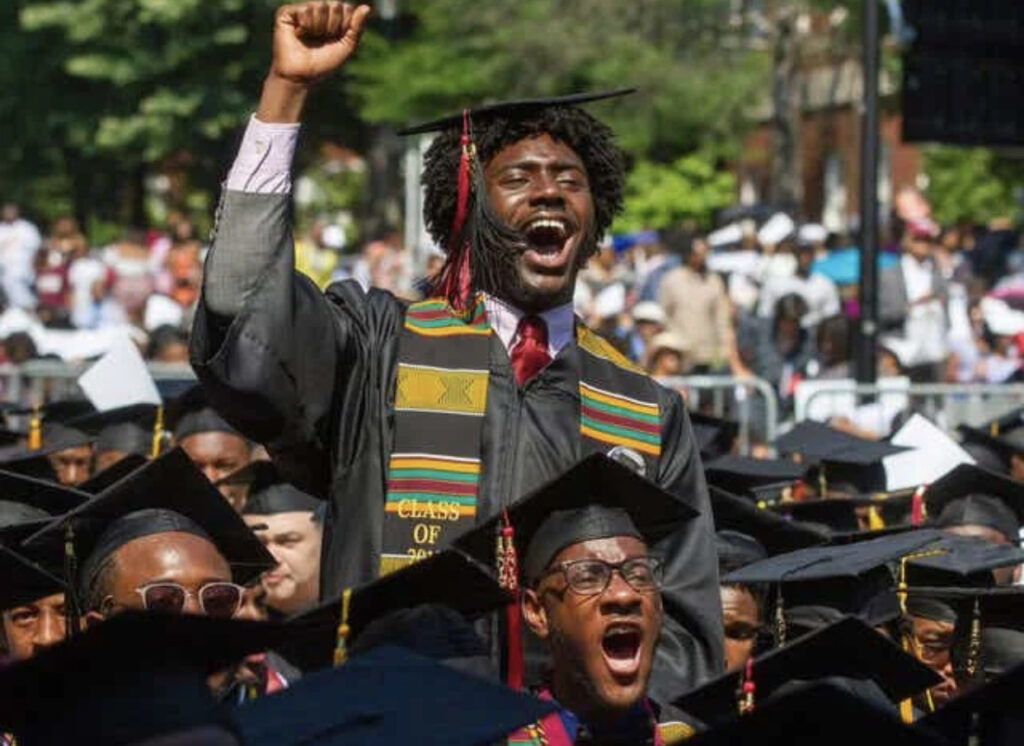 The president of a historically Black university in Ohio, Wilberforce University, gave the 2020 and spring 2021 graduating classes; one more reason to celebrate at the end of Saturday’s commencement ceremony; their $375k debt to the university had been paid.

The HBCU, Wilberforce University used funds from the United Negro College Fund; the Jack and Jill Foundation and other sources to clear more than $375,000 in debt; according to a statement from the school.

However, the gift doesn’t include federal loans, bank loans or other personal loans taken out by the student. The funds will cover fines, fees and tuition balances; that were being paid directly to the university by students or their parents, CNN reported.

“We wish to give you a fresh start,” Wilberforce President Elfred Anthony Pinkard told the students, eliciting cheers and applause. “And you don’t owe Wilberforce anything. Congratulations.”

Statistically, Black college graduates have an average of $52,000 in student loan debt; which is an average of $25,000 more than their white peers, according to data from the National Center for Education Statistics. HBCUs like Wilberforce disproportionately enroll students from low-income families; who generally borrow more in student loans and have higher debt than their peers, according to the United Negro College Fund.

The unexpected surprise at Wilberforce follows recent initiatives at other HBCUs. Last month, Delaware State University announced it would use stimulus funds to forgive more than $730,000 of debt loans for recent graduates who struggled financially amid the coronavirus pandemic.