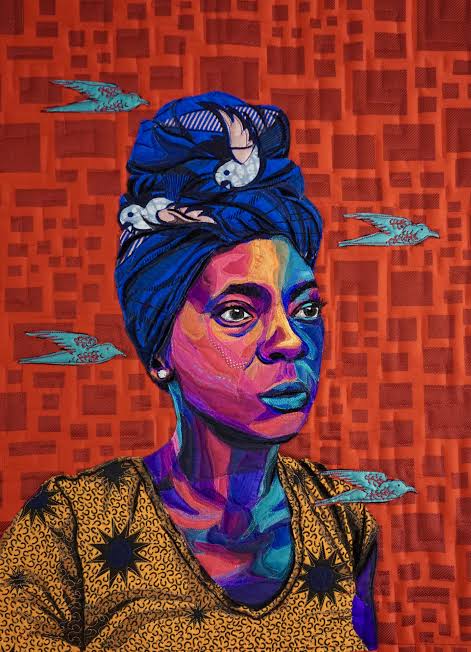 Bisa Butler, An African American fiber artist who has created a new genre of quilting that transforms the medium as she weaves fabrics of all kinds into it to celebrate Black history and Black Lives in America. Her artwork is so uniquely presented, it’s like a whole genre of its own. 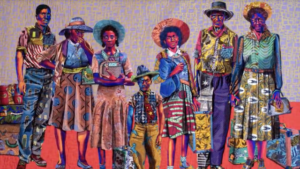 She told CBS News in an exclusive interview that “I always want my portraits to be life-sized; to look the person in the eye, and to grab them, like, despite whatever it is you think of me, you’re gonna recognize me as a human being,”

Butler revealed that she is often inspired by historical photos, including a 1940 photo of a North Carolina family fleeing the Jim Crow South. In seven months, she reimagined their story into the fabric.

Butler learned her craft from her mother and grandmother. She went from classroom art to being an artist in her own right, with her work now gracing major magazine covers. Last year, she had her first solo show at the famed Art Institute of Chicago. 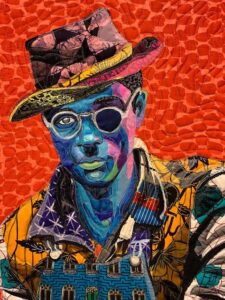 Every stitch and every fabric that she carefully selects brings her work to life. Bisa Butler perfects her craft at her home in New Jersey.

It took her a period of  11 months to complete her most recent quilt. The art depicted the Harlem Hell Fighters, an all-Black segregated infantry that fought in World War I. The work was commissioned by the Smithsonian.

Regarding her latest work, she said “The fighters hoped that if they fought valiantly in Europe; that when they came back to the U.S. they would be treated differently. But sadly they were not,”