After She Was Reportedly Found Hanging In Her Roommate’s Garage, Social Media Calls For An Investigation Into The Passing Of Gloria Bambo Which Has Been Ruled A Suicide 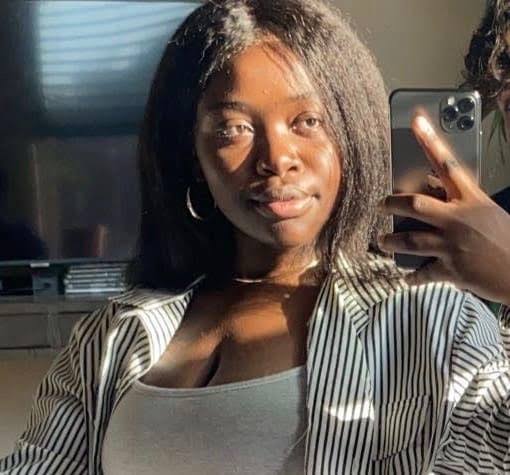 In yet another cause of mysterious hanging, social media has created yet another hashtag to get justice for a black woman, Gloria Bambo who was reportedly found hanging in her white roommate’s garage in McKinney, Texas.

Gloria Bambo’s  name has become a trending hashtag as reports speculate what may have led to her unfortunate death. The McKinney Police Department has confirmed that Gloria was found hanging in her roommate’s garage, and ruled her death a suicide. The case, however, is still under investigation.

The McKinney Police Department put out a statement in regards to the case: “A number of posts on social media have speculated about the death of Gloria Bambo, a 20-year-old Black female. Ms. Bambo’s body was discovered by her 19-year-old male housemate who has fully cooperated during the investigation.” 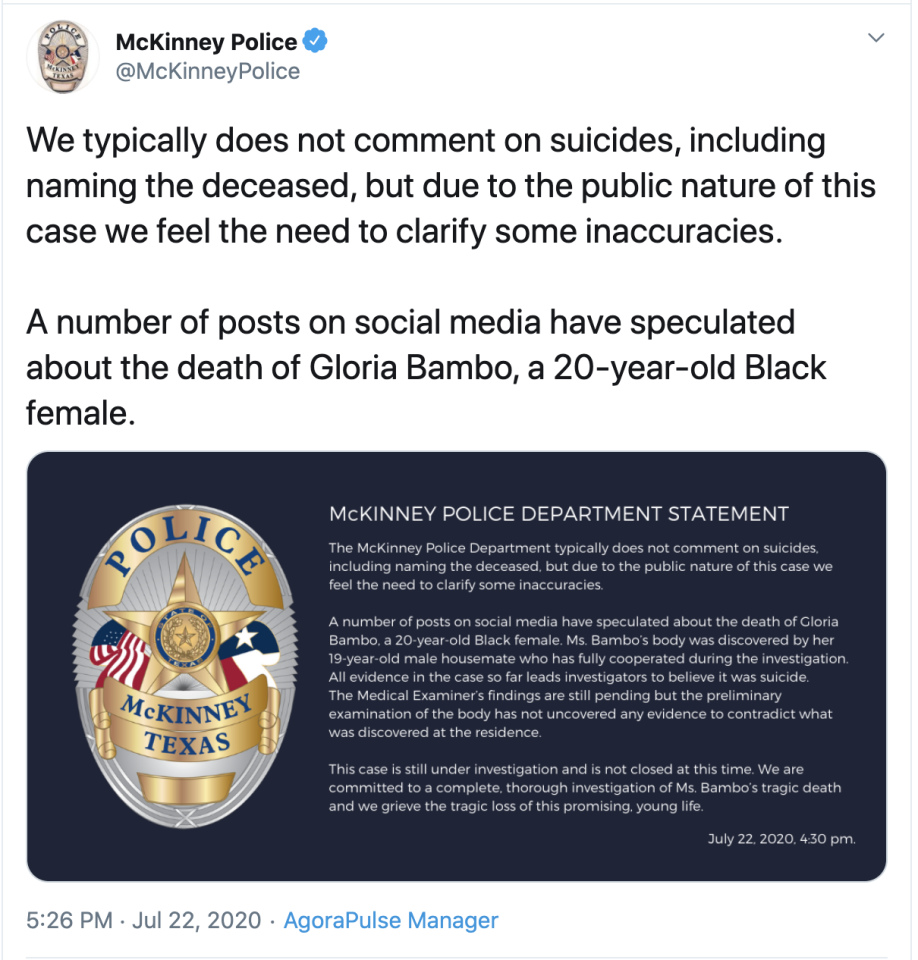 “All evidence in the case so far leads investigators to believe it was suicide. The Medical Examiner’s findings are still pending but the preliminary examination of the body has not uncovered any evidence to contradict what was discovered at the residence.”

A local McKinney resident, and former classmate, started a petition, demanding more information into the case. The petition has surpassed the amount of signatures asked for.

“Gloria Bambo was a resident of McKinney, Texas & alumni of Allen eagles. Her white roommate found Gloria hanging in her own garage on July 12, 2020. Police estimated she died three days ago. Sadly that is the only true information was given to her family. Her case is closed and the police refuse 6to investigate & worse withhold information to her family & public. As a former classmate, I demand more info… Justice for Gloria Bambo,” the petition reads.

As of now the story is still developing, as the McKinney PD is still investigating.