Ama Karikari Yawson, A Black Author Releases Book To Assist Parents In Starting The Conversation On Racism And Police Brutality 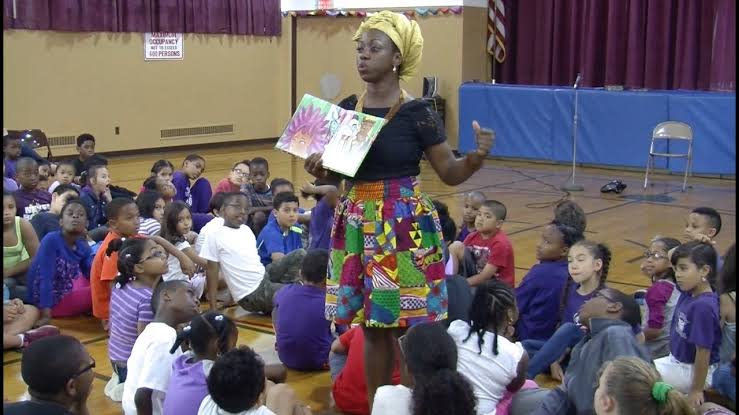 African-American mother, author, radio host, entrepreneur and educator, Ama Karikari Yawson, Esq.; recently released The Talk: A Black Family’s Conversation about Racism and Police Brutality. With this powerful and uplifting fictional story, Yawson hopes to bring to light the importance of a loving and open dialogue about race conversations with children, which is both educational and interactive.

“Even though I am a mom, author, attorney and diversity trainer, I could not bring myself to discuss the George Floyd killing by police immediately after it happened,” Ama Karikari Yawson says. “The grief was too much for me. My steps became heavier as I struggled to personally process the senseless and racially motivated killings of Ahmaud Arbery; Breonna Taylor and Floyd in such a short period of time.

Moreover, the horrendous Central Park incident in which a white woman falsely told police that; a black male bird watcher named Christian Cooper was threatening her also left me sickened. I could not stop thinking about the degree to which I and my husband’s lives are shaped by racism and stereotyping; and the extent to which our precious children’s lives will be shaped by those same negative forces. Ama Karikari Yawson adds.

The only way that I felt that I could be empowered was to sit down quietly; and write a story which could serve as a resource for black, and non-black; families to explain police brutality to their kids while offering potentially life-saving advice about what to do in an encounter with the police. I knew that the book had to also affirm African-American identity; and achievement while exploring what we can do now to eliminate this societal problem. My prayer is that all families will read it and feel both informed and empowered.” 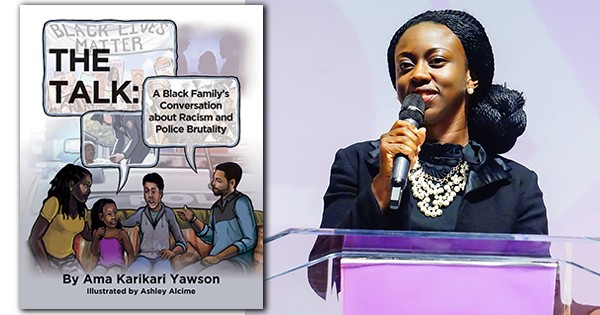 The book uses poetry to portray a fictional African-American couple’s “talk” with their two children about racism and police brutality; after the children stumble upon their parents crying in the living room while watching news coverage of Floyd’s killing at the hands of police officers. The parents then take the opportunity to explain the issues of; racism, stereotyping, police brutality and how to interact with the police, while affirming the children’s heritage; and assuring them that they will achieve greatness despite the obstacles that they may face. The book also includes a curriculum with activities.

Although there is no “talk” that can completely prevent incidents of racism and prejudice for children; African-American parents and parents of all races still need to have these conversations with their children; so that their children are aware of these challenges and are better prepared for these potential encounters. Now Yawson’s book is available in order to make that conversation easier and more empowering.

Reviewers may download a free copy of the e-book for a limited time here.