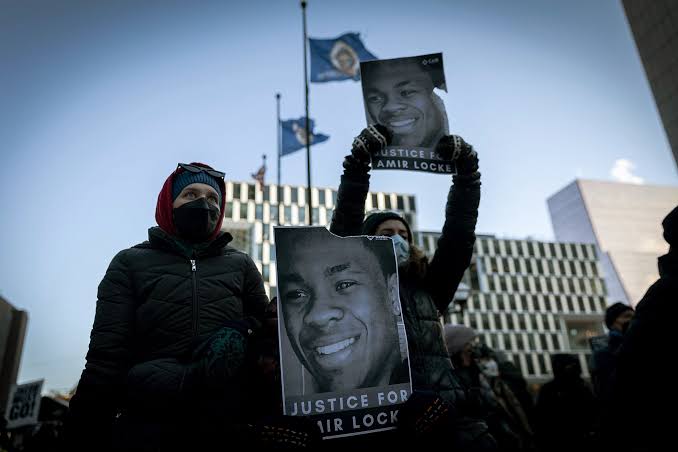 A 22-year-old black Man, Amir Locke, was killed on the morning of the second day of February 2022; when Minneapolis police were implementing a no-knock warrant connected to a murder investigation in St. Paul.

The Minneapolis SWAT team was looking for his teenage cousin and two others in connection with a homicide investigation. According to the court documents released on Tuesday 8th of February. 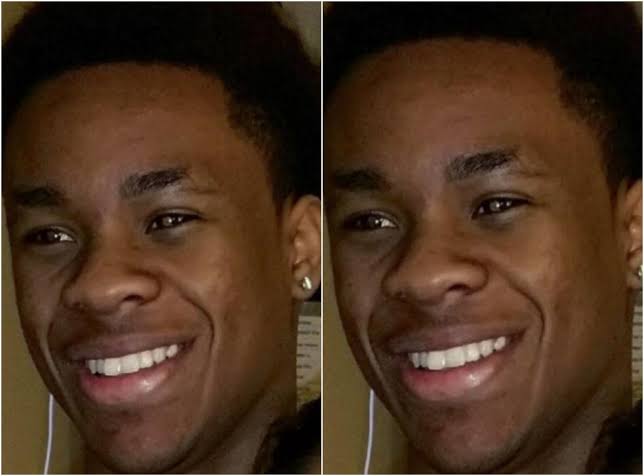 What happened to Amir Locke?

Amir Locke was asleep on a couch just before 7 a.m. on Feb. 2 as police infiltrated the apartment of a relative where he was spending the night.

In a manner of self-defense, Mr.Locke went towards a comforter and emerged holding a licensed handgun, after the police kicked the couch.

“According to a body-cam video released by police. The gun was facing in the direction of the officer who fired the three shots; that killed Mr. Locke” said the Interim Minneapolis Police Chief Amelia Huffman, said in a Feb. 3 press conference.

According to the petition filed; both St. Paul and Minneapolis Police obtained search warrants for apartments 701, 1402, and 1403 at the complex and had what the court documents describe as “probable cause pick up and holds” for Mekhi Speed and two other associates.

Authorities linked, 17-year-old Mekhi Speed who happens to be Locke’s cousin; to a homicide in St. Paul, Minnesota, through surveillance footage and a “distinct” car that investigators suspected to have been stolen; and was allegedly used as a getaway car in the homicide; according to court records made public Tuesday in connection with Speed’s arrest.

The charges stem from a January 10 incident, prosecutors say; when St. Paul police officers responded to a report of a man named Otis Elder who was shot and later died.

Police Established a cause to arrest after Investigators tracked the Mercedes-Benz;  from the scene of the crime to the Bolero Flats apartment complex in Minneapolis.

At the time of the incident; Locke’s cousin was among three people wanted in connection with a homicide; according to court documents released Tuesday. In the document, it showed that Minneapolis police were executing a search warrant; in connection with the cousin of Amir Locke and two others, prosecutors say, when police killed Locke in early February.

The Locke family Attorney released a statement Tuesday confirming Speed was Locke’s cousin; it read “His cousin was not present in Unit 701,” the statement urged everyone to remain focused on the fact that Amir was an innocent young man of a raid gone wrong; who is now the latest statistic and victim of the dangerous and intrusive no-knock warrant techniques that must be banned.

What the prosecutors said

Prosecutors said that the allegedly stolen car; a Mercedes-Benz with front-end damage and a lit front emblem; was believed to have been tied to an armed robbery in early December last year.

An armed robbery attempted robbery and gun report on the same date in late December; and suspected vehicle theft in early January, all before the homicide on January 10, according to court documents.

Officer Hanneman has been placed on administrative leave, as is policy, pending the ongoing investigation.

The Minneapolis Police Officers Federation released a statement, reading in part, that Officers were prepared for a very dangerous and high-risk situation. During the event, as shown in the body-camera footage, Officer Hanneman quickly encountered Mr. Locke who was armed with a handgun and made the decision to use deadly force.”

“No officer goes into a dangerous setting like this wanting to use a weapon. That decision was not taken lightly, and the impact of the use of deadly force will affect these officers, their families, and the family of Mr. Locke for the rest of their lives,” it continued.

The types of warrants  issued

Interim Police Chief Amelia Huffman at a news conference the day after the shooting; said, “Both a no-knock and a knock search warrant were obtained for those locations so that the SWAT team could assess the circumstances and make the best possible decision about an entry.”

The question on everybody’s lips is when will these killings of black innocent people stop?