Anab Gure, The Kenyan Lawmaker with an entourage of an all Female Hijab Wearing Bodyguards 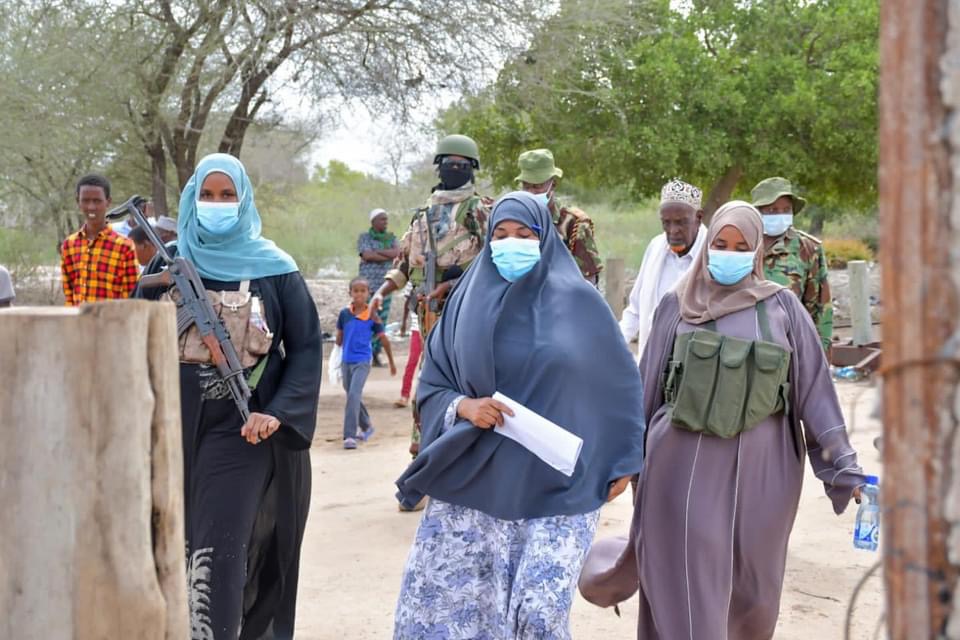 A Kenyan lawmaker Anab Gure recently caused a buzz after she was spotted in the company of an all-female, armed security entourage. She says her decision to choose them over male bodyguards is because she believes they can do better.

Anab Gure is the woman representative for the Garissa County in Kenya Woman; and she was seen being escorted by her outstanding  hijab-wearing armed bodyguards; during a recent work-related outing. In one of the photos the lawmaker shared on her Twitter page, two armed female bodyguards could be seen posing next to her for a photo. 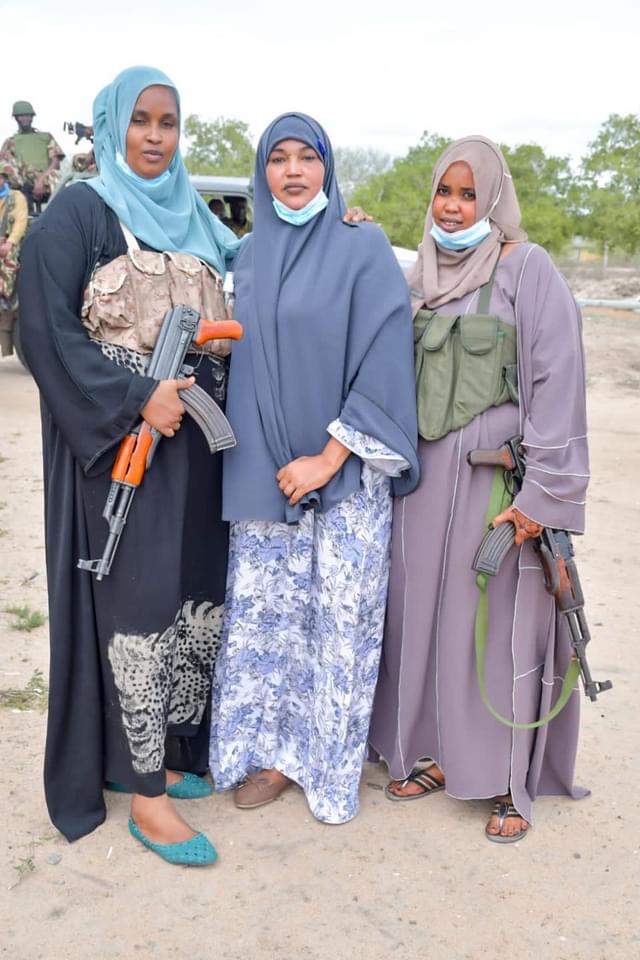 “I prefer women bodyguards as my security detail. I believe that women can do better than men,” the MP told local news outlet Nation.Africa. “The place I went to was 10km from the Somalia border and I saw the need to have one vehicle of security officers accompanying me. The area was recently attacked by suspected Al-Shabaab militants, I could not have risked my life.”

Although it was the first public appearance of her all female bodyguards, Gure clarified it was not a one-off thing as they accompany her anywhere she goes. And besides providing her with much-needed security, Gure said there’re other benefits of having them around.

“There are some women’s personal items I can forget to carry but find that my bodyguards have them in their bags,” she said. “There are also some talks that I cannot express when I have a male bodyguard.”

I oversaw the commencement of the registrations of persons for the National Identity Card in DekaHarja ward. The exercise that began today will cover Galmagala, Dekaharja, Bula Golol, Gubis and Hajijimay for the next seven days. pic.twitter.com/LszEu4cSdp

The photos of the Lawmaker and her female bodyguards were shared by some social media users who also commended her for her choice of security. “Hon Anab goes Gen Qadafi style. Kudos Mheshimiwa,” a user captioned alongside one of the photos with a “thumbs up” and “applause” emoji.

The Tanzanian president was also spotted with an all-female security detail during her visit to Kenya in may; according to the Nation.Africa.