Tanzania Gets First Ever Female President, As Samia Suluhu Hassan Is Sworn In 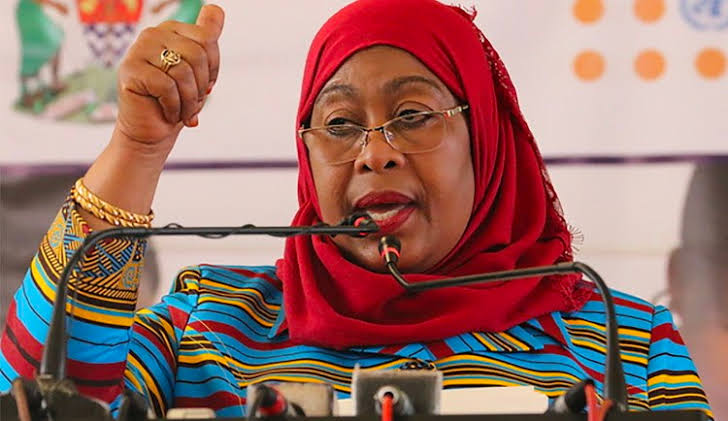 Tanzania’s Samia Suluhu Hassan was on Friday sworn in as the country’s first female president; after the sudden death of John Magufuli from an illness shrouded in mystery.

Hassan, 61, a soft-spoken Muslim woman from the island of Zanzibar; will finish Magufuli’s second five-year term, set to run until 2025.

Wearing a bright red headscarf, Hassan was sworn in as the country’s sixth president, at a ceremony in Dar es Salaam; where neither she nor the majority of attendees wore a mask, in the Covid-sceptic nation.

“I, Samia Suluhu Hassan, promise to be honest and obey and protect the constitution of Tanzania,” said the new president; as she took the oath of office before inspecting troops at a military parade and receiving a cannon salute. 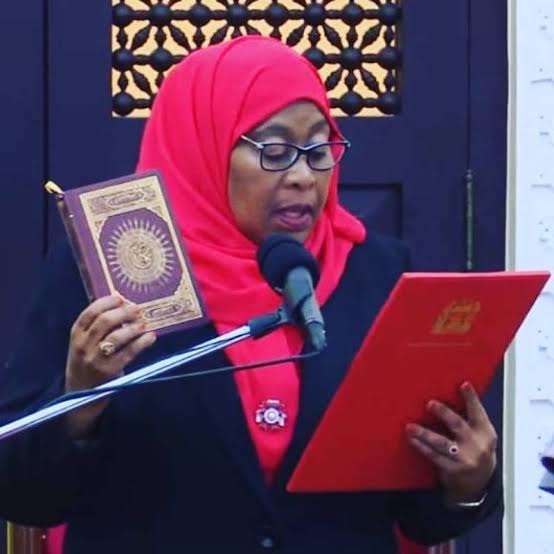 She becomes the only other current serving female head of state in Africa alongside Ethiopia’s President Sahle-Work Zewde, whose role is mainly ceremonial.

Hassan was little known outside Tanzania until she appeared on state television on Wednesday night; to announce that Magufuli had died aged 61 from a heart condition after a mysterious three week absence from public view.

But questions have been raised over the true cause of his death, after multiple rumours that Magufuli; one of the world’s most fervent Covid-sceptic leaders — had caught the virus and had sought treatment abroad.

Main opposition leader Tundu Lissu insists his sources said Magufuli had Covid-19 and had actually died a week ago.