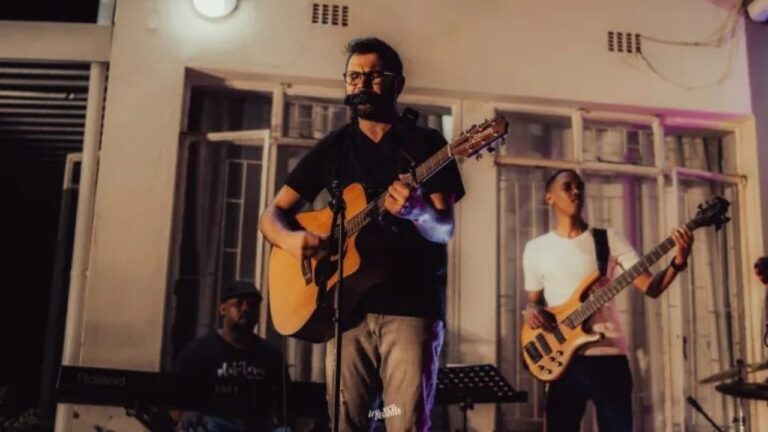 One of SA’s longest-standing development programs aimed at equipping songwriters with expertise, ATKV-Crescendo, has selected some of the country’s most undiscovered musical talents to move forward to the next round of this year’s ATKV-Crescendo Mentor Programme.

This program has addressed the need to train and develop talented musicians since 2014.

Participants must submit a song written by themselves. They are encouraged to write and sing in their own dialect, ensuring a constant flow of new talent, songs, voices, and sounds into the Afrikaans music industry.

Auditions were held nationwide, but digital submissions were also accepted.

From hundreds of entries, twenty-two finalists were selected in collaboration with Expression Session to attend this year’s ATKV Mentor Programme from 23 to 27 March at House Theo Pauw, Paarl.

The week consisted of a series of hour-long sessions presented by experts such as Anna Davel, Melissa van der Spuy, Danie du Toit, and Deon Meiring.

In some of these sessions, participants had to write a new song in an hour and perform it afterward.

This was a build-up to the final task of the program: performing one song at the closing concert.

“Training is based on the core principles of character and integrity. We want to pass on knowledge and expertise in the disciplines of entrepreneurship and self-management to enable promising talent to grow within the music industry while being self-sustaining as well. “

Twelve finalists were selected after a week of grueling challenges.

These musicians will attend a final workshop in Stellenbosch during the October school holidays.

Members of the public will be able to attend the concert at the end of that week during a major ATKV-Crescendo production.

Read also: Mauritius Just Launched an App That Helps You Get Access To All National And World Heritage Sites In the Country

These top-class mentors and industry specialists will continue working with the finalists even after the Mentor Programme.

“We are dedicated to helping them hone their skills in pursuit of a successful music career in South Africa,” says Robin-Dean Fourie. “This is about so much more than just finding talent.

We create opportunities for them to perform their own music while growing their stardom in a very competitive business. “

The Shocking Revelations in Aretha Franklin’s FBI File, After She Was Tracked For 40 Years

Tia Mowry  has also been busy on her Instagram story sharing positive words. She also reposted a horoscope stating, “You’re going to be celebrating something major soon.