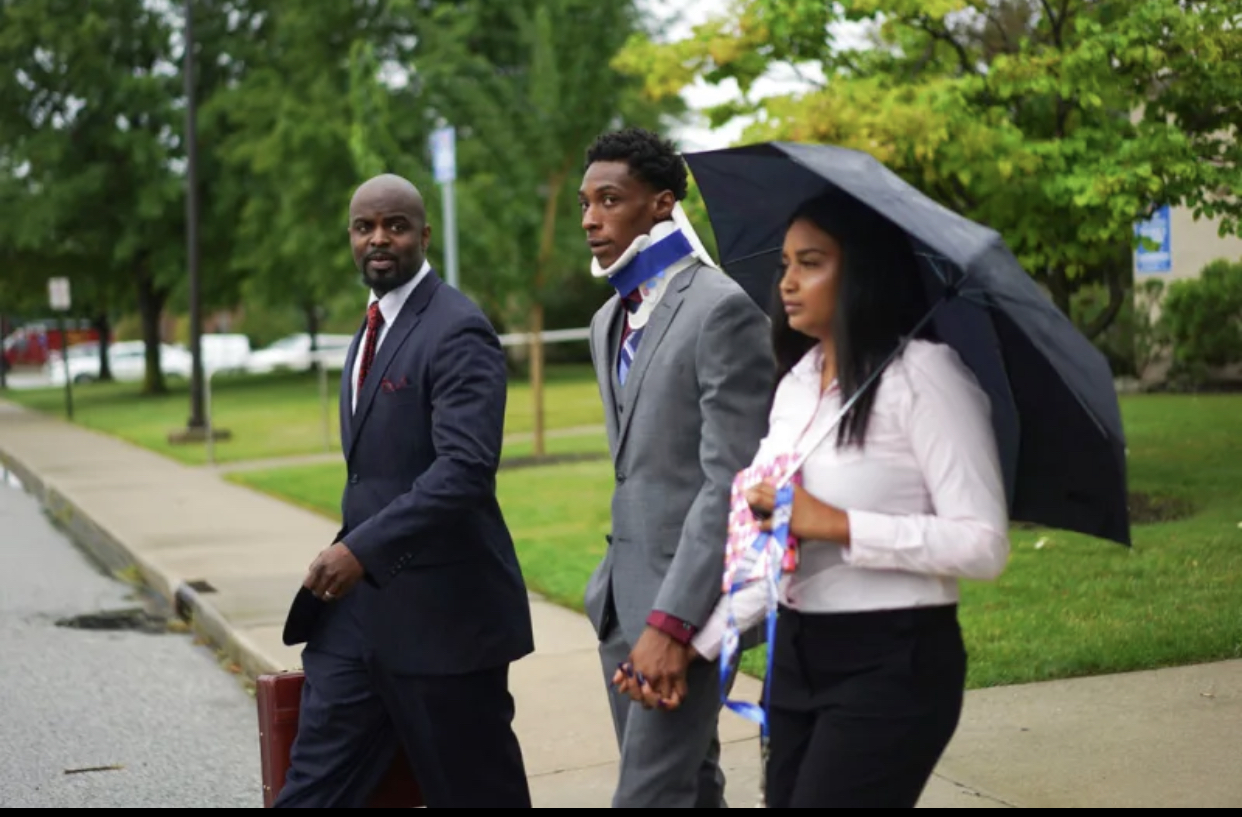 In August 2017, Richard Hubbard and Yolimar Tirado were assaulted by a police officer in a viral video where Hubbard got punched in the face, Cleveland.com reported. In the video, recorded by a dash cam and an eyewitness; it is evident that officer Michael Amiott abused his power over Hubbard at a traffic stop.

And now, almost four years later and after a 5 hour mediation in court, Richard and Yolimar win a $450,000 settlement on the case.

The lawsuit claimed that the officers who attacked the couple fist-bumped each other after the attack.

“After completing the arrest, members of the Euclid Police Department were observed by eyewitnesses fist-bumping one another and laughing about the assault afterwards,” according to the lawsuit.

Hubbard got charged with resisting arrest, driving without a license, and a traffic signal violation. Tirado, also faced charges of resisting arrest, disorderly conduct; and allowing an unlicensed driver to operate her car, according to Cleveland.com.

The city denied any liability for the attack, saying that Amiott had the right to apply force because Hubbard resisted an arrest and might have had a gun on him.

When the video became viral, Amiott faced public scrutiny regarding his tenure on the force. Suddenly, previous instances of his use of force started to come to light.

The backlash over the cop’s violent history caused the Eluicid Police Department to fire Amiott. Soon after, both Hubbard and Tirdao’s criminal charges were dropped.

Amiott’s termination was short-lived. The police department welcomed him back, The Root reported in 2018.

Even though he got his job back, Amiott still faces a criminal case against him relating to the attack; charged with assault and interfering with civil rights during the traffic stop. He has yet to go to trial.