Beyoncé Becomes First Female Artist With The Most Grammy wins. 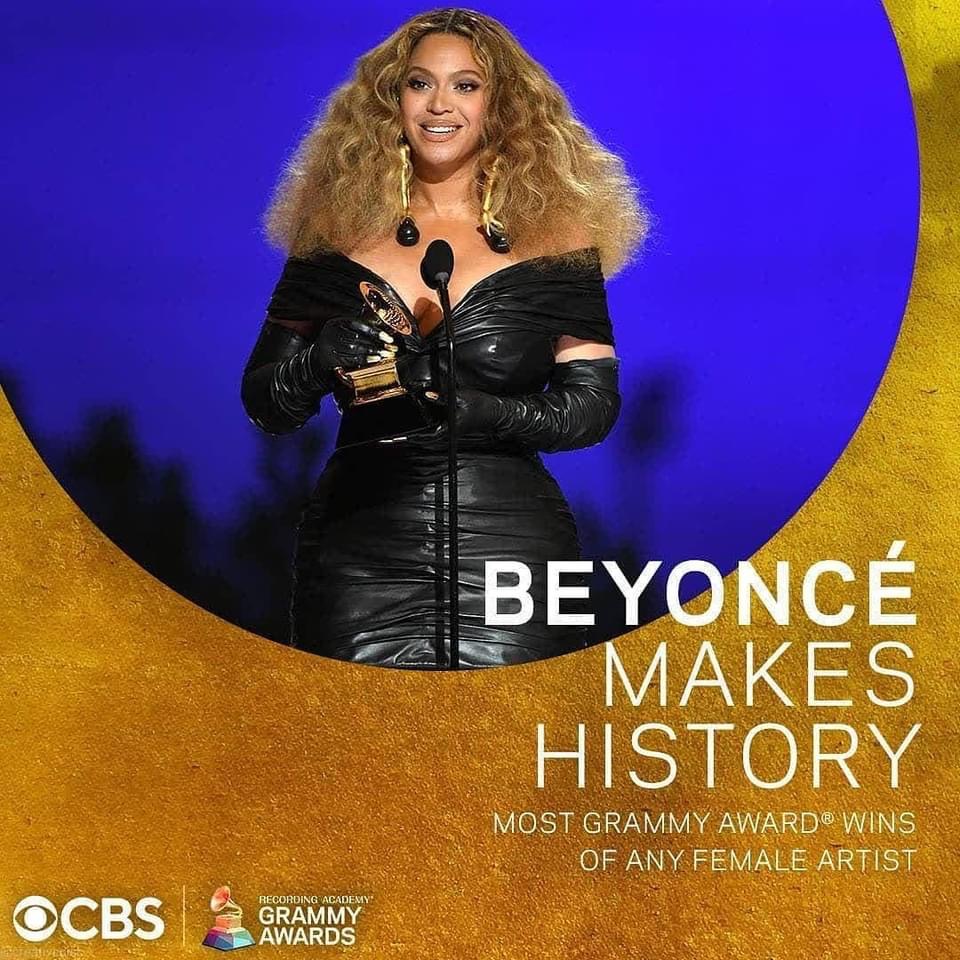 Yaaass! We are proud of Mrs Carter! Beyoncé is now the most-winning female artist, and the most-winning singer (male or female); in the 63-year history of the Grammy Awards. She has earned 28 trophies, including Sunday’s wins for best music video for “Brown Skin Girl”; and best rap performance for her“Savage” collaboration with Megan Thee Stallion. She walked into the show with nine nominations, more than anyone else this year. 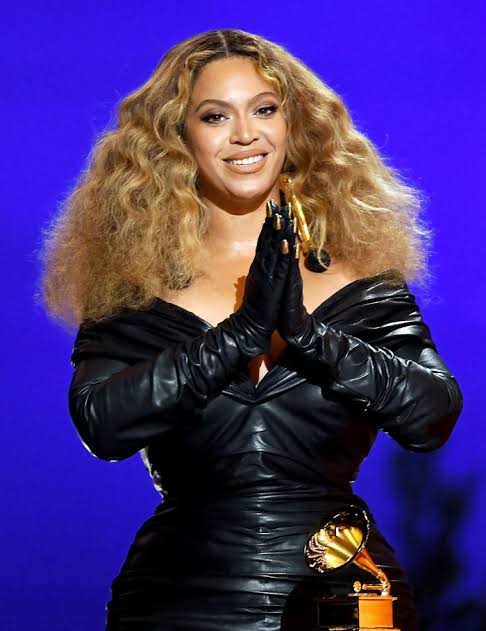 “As an artist, I believe it’s my job, and all of our jobs, to reflect the times. It’s been such a difficult time,” she said in her acceptance speech. “So I wanted to uplift, encourage, celebrate all the beautiful Black queens and kings that continue to inspire me and inspire the whole world.

“This is so overwhelming.” 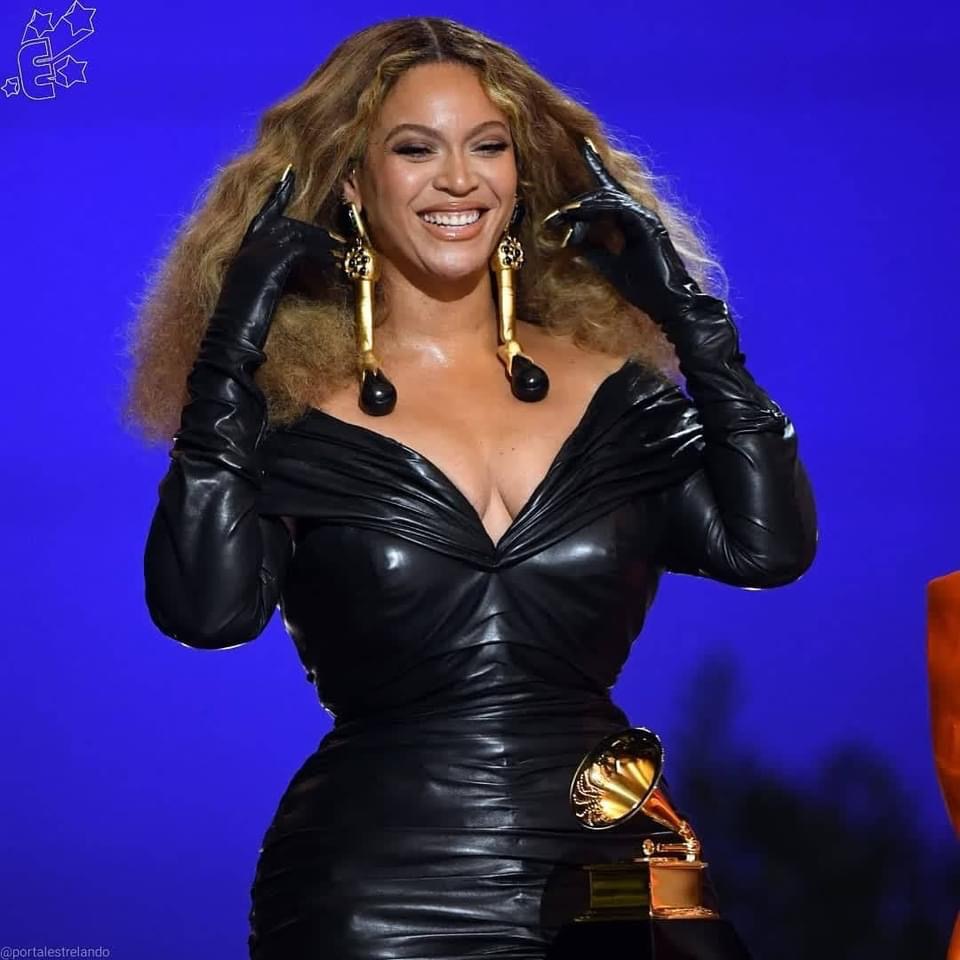 Beyoncé’s Grammy-grabbing music career has spanned more than 20 years. Her new title puts her among the ranks of artists such as classical music conductor Sir Georg Solti; who has won 31 Grammy trophies, and iconic producer Quincy Jones, who also has 28 trophies. She surpassed bluegrass singer Alison Krauss, who holds 27 awards. 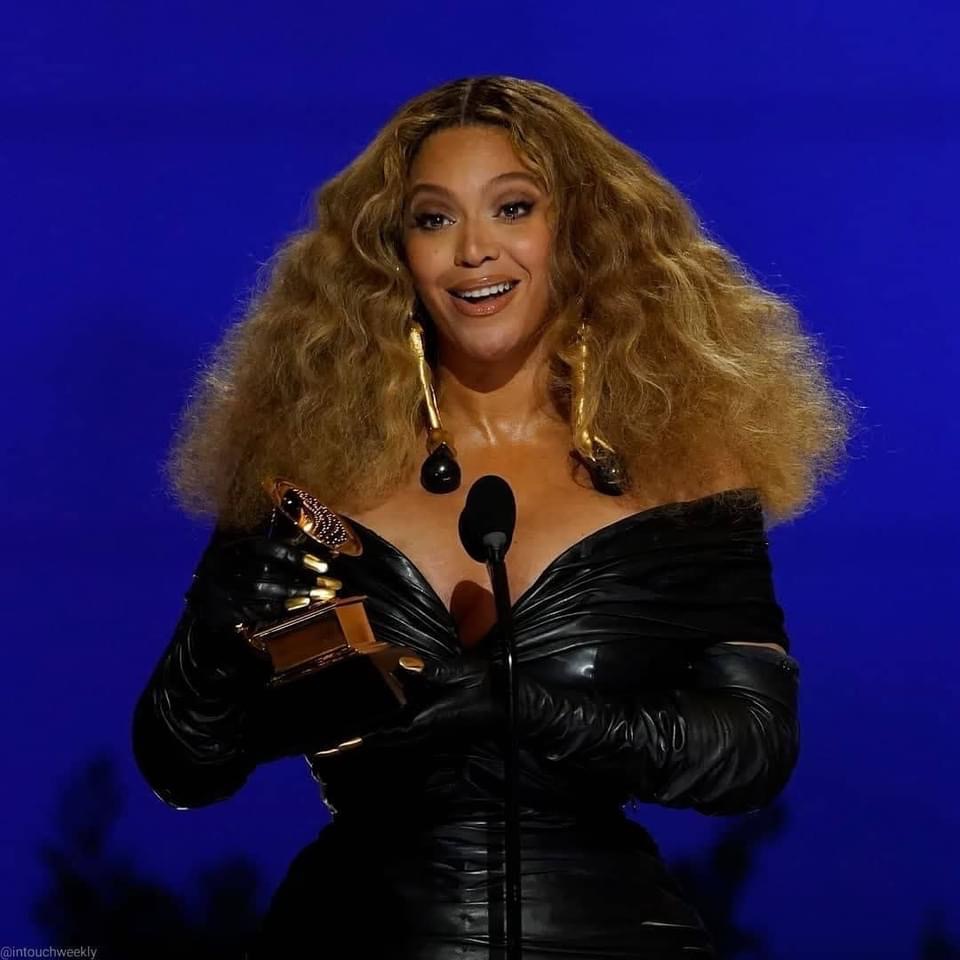 Beyoncé’s 9-year-old daughter, Blue Ivy Carter, added to the historic night; becoming the second-youngest artist to win a Grammy for her collaboration on “Brown Skin Girl.”