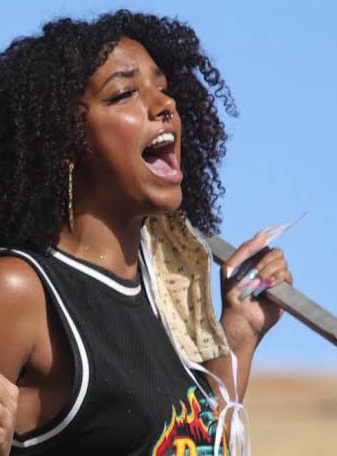 Social media is rallying together in order to support Black Lives matter activist  Tianna Arata. The 20-year-old is facing  eight charges and years in prison for organizing a demonstration; that took place on July 22nd at Mitchell Park,in San Luis Obispo, California.

According to The Tribune, Tianna’s charges include four felony counts of false imprisonment; one count of felony conspiracy and three misdemeanors. There has been aChange.Org petition; and as of now there are over 120,000 signatures.

The petition states, “Tianna’s arrest and charges were unjust. Our community should come together to support her and her family. Protect our young black lives movement leaders right to protest and demand that the district attorney not pursue any charges against Tianna Arata. Our young black leaders deserve to be heard, seen, and supported.” 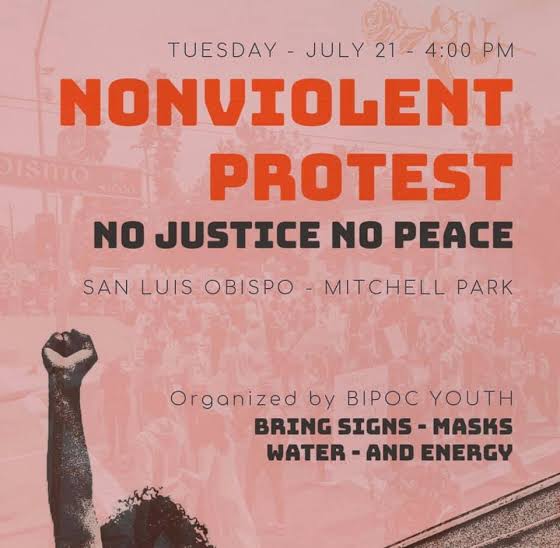 According to a press release from the District Attorney Office; the office alleges the protest wasn’t peaceful and damage was done to vehicles on the freeway.

“The protesters entered Highway 101 and blocked all lanes in both directions for nearly an hour. Law enforcement resources were limited based on expectations of a peaceful protest, according to SLOPD. While on the freeway, protesters reportedly damaged the hood of a car and smashed the rear window where a 4-year-old child; was in the back seat and had glass shattered on him.

According to The Tribune, “eyewitness reports and video evidence of motorists driving into groups of protesters; but we’ve yet to hear whether any action will be taken against them.”

Tianna’s best friend Melissa wrote on Twitter, “THEY KIDNAPPED MY BEST FRIEND OFF OF THE STREET. NO RIGHTS WERE READ.” She also says, Tianna was arrested in front of her mother.

“The way the police waited till we were alone with a few friends and rushed and took my best friend in front of my eyes, in front of her mother it…was traumatizing.”

A tentative arraignment date has been set for September, according to The Tribune.