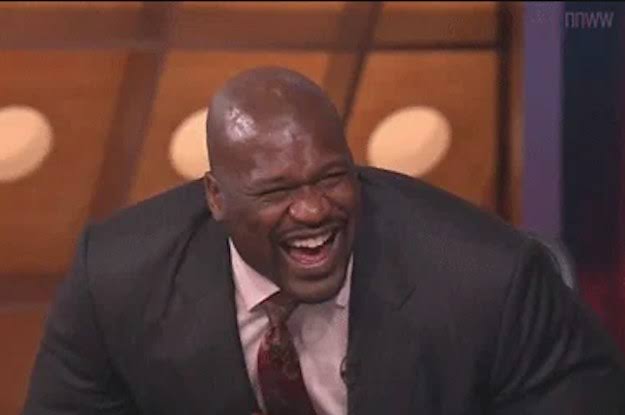 Black Unity is exactly what’s going on in today’s climate, as we fight to dismantle systemic oppression and racism. Black brothers and sisters are cutting up on the World Wide Web. One day, a Black person found a White Lives Matter page on Facebook and invited beaucoup Black folk; and they trolled the group so much that the admin–a white person–archived it, which essentially means it can’t be found and no one can comment in the group anymore.

The Facebook group “White Lives Matter,” created for the bigots to spew their racist rants, didn’t stay all white for long. In a matter of days, Black folks were inviting others to the group, just as we invite folks to a Sunday dinner.

Once the white group members  figured out the group was “contaminated,”; as one of the white members stated, they were hot as fish grease.

“Why in the hell are you letting these BLM lovers in this site?, “ one person asked. Another said, “Pretty ironic. I join a fb group about White Lives, and most of the newest members aren’t white. Go figure.” 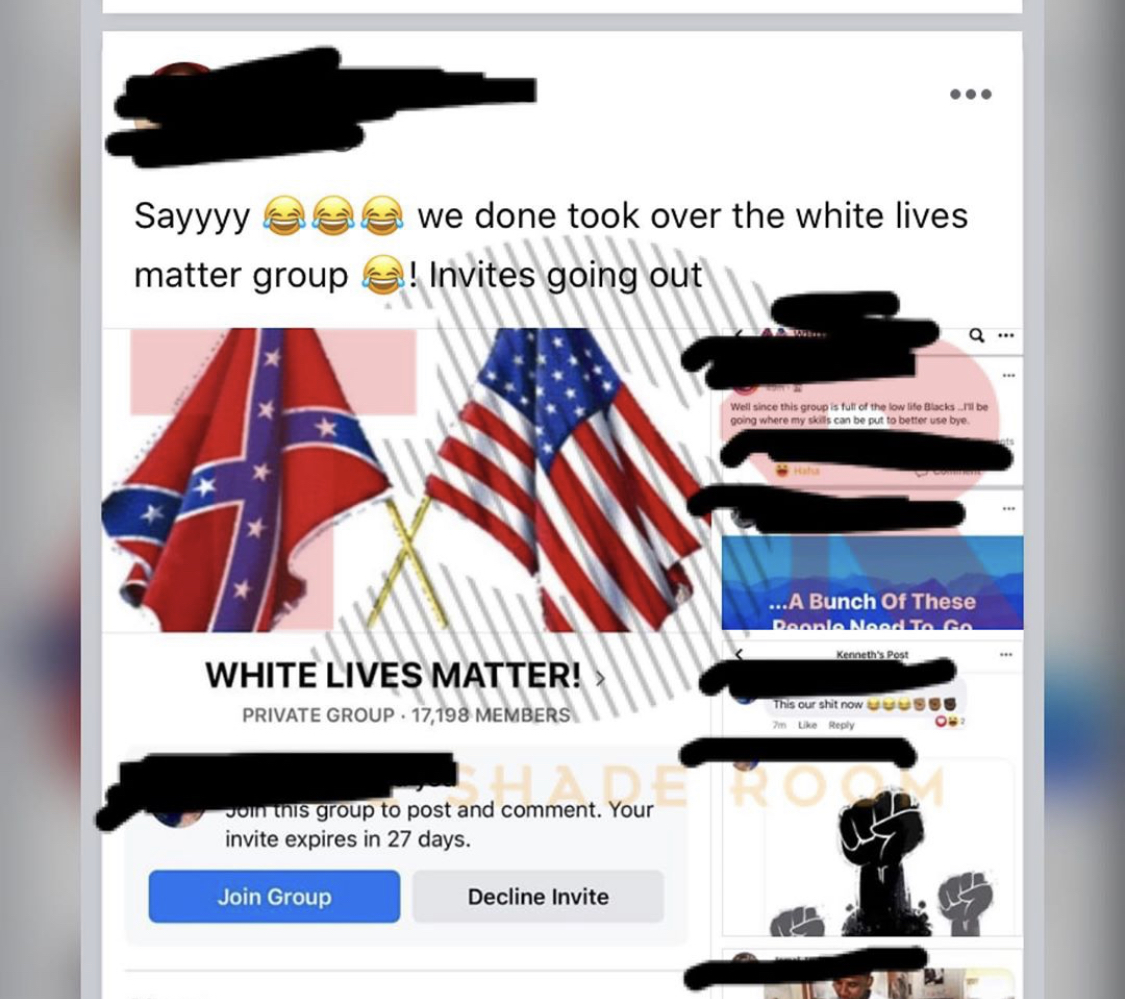 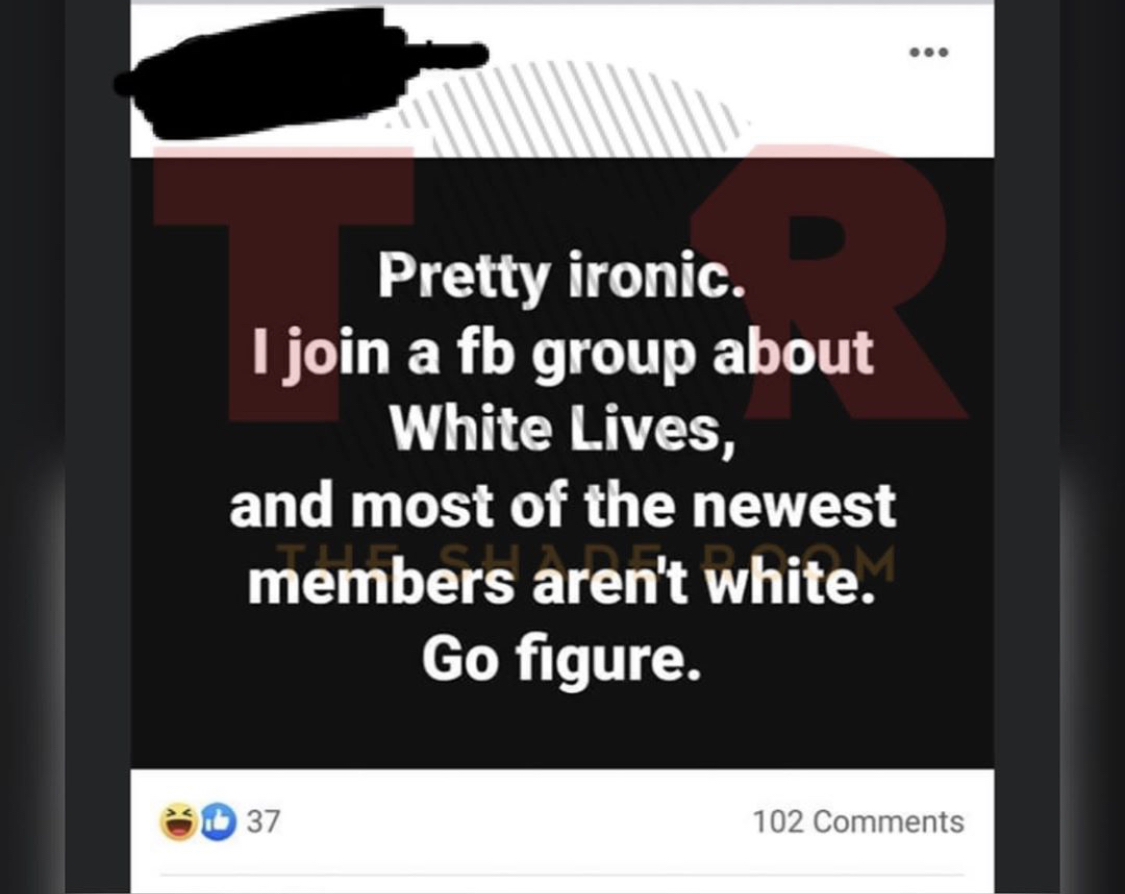 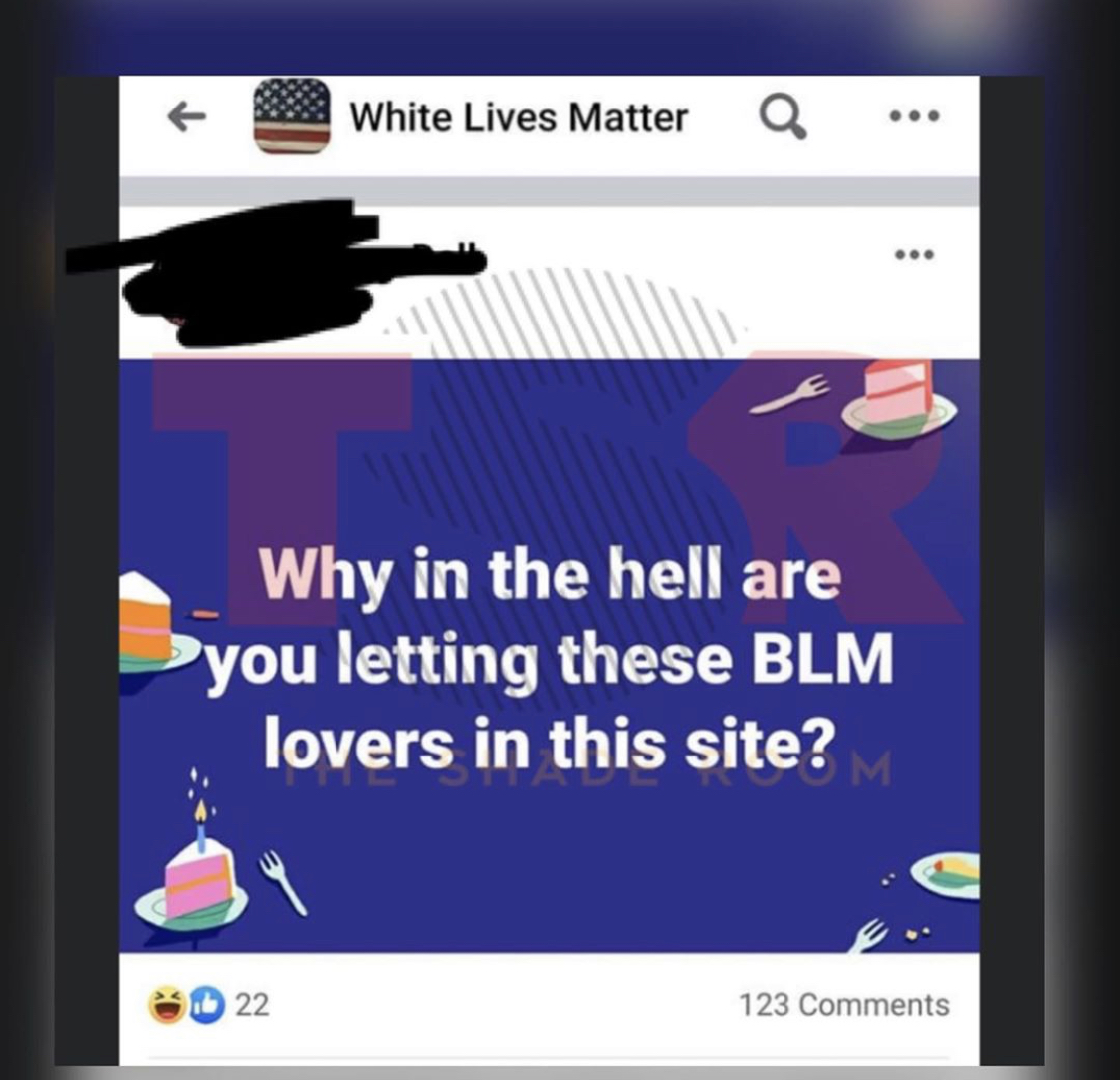 One member added, “This page has been contaminated. I’m out! All Lives Matter! Peace!”

“All u BLM f-ktards can leave YOU ARE  NOT WELCOME!!,” one expressed.

The comments were met with reactions of laughter and many left even more trolling comments, memes, and gifs.

If that’s not enough, many of the Black people have said they are also going to the other groups that are perceived to be racist and plan on getting them shut down, too.

While Facebook’s CEO Mark Zuckerberg stated they don’t condone racist Facebook groups, back in 2018, there are several on the platform.

“We do not allow hate groups on Facebook, overall,” CEO Mark Zuckerberg told Congress in April 2018. “So, if — if there’s a group that — their primary purpose or; or a large part of what they do is spreading hate, we will ban them from the platform, overall.”

An analysis conducted by Tech Transparency found that out of the 221 white supremacists groups that exist, over half of those have a “presence” on the social media platform.

“Of the 221 designated white supremacist organizations, more than half—51%, or 113 groups—had a presence on Facebook.”