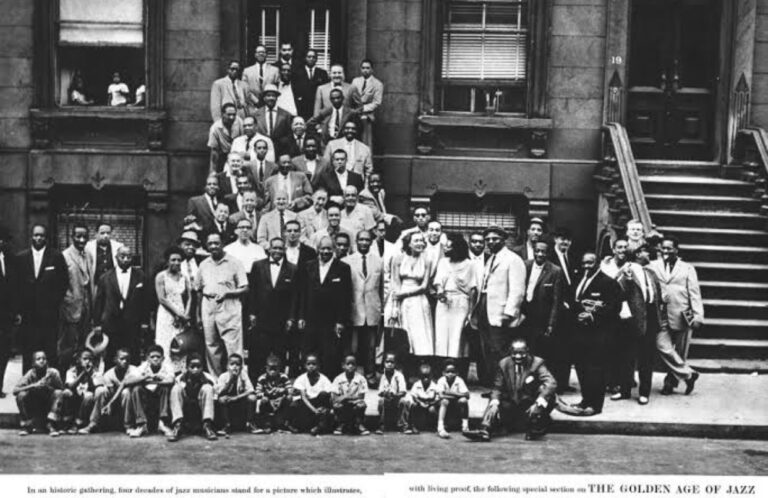 While February is the Black History Month in the US, in the UK the month of October is the black history month. As a part of a special ceremonies recognizing Black British culture, British artists are planning a project inspired by an iconic African American photograph by recreating the classic 1958 image, ‘A Great Day in Harlem.’

One of the most famous photos in music history, the original snapshot was taken by then-novice photographer Art Kane and featured 57 of the top jazz performers of the time. In fact, numerous reproductions have been done in Harlem and elsewhere, including the 1998 film “A Great Day in Hip Hop,” which had 177 hip-hop performers, and the 2018 Netflix production “A Great Day in Hollywood,” which featured 47 Black actors, writers, and show runners.

The Black Cultural Archives based in South London are organizing established and emerging artists to take part in the project which will also mark the 40th anniversary of the British Black Arts Movement. The National Black Art Convention established in 1982, was foundational to the movement, and helped to establish the careers of many Black artists of the era, including Sonia Boyce, and Keith Piper.

A Great Day in Harlem

According to The Guardian, Lisa Anderson, the managing director of the Black Cultural Archives said that the decision was made to recreate the historic photograph in celebration of the 40th anniversary in effort to “document the community.”

“I want to celebrate the community, and want there to be a sense of the importance of being documented through photography. We wanted to enrich the archive, in particular the way the archive represents the history of some of the pioneering and emerging art makers from the black community,” she added.

“We’re borrowing the concept because we haven’t seen any photograph which documents black British visual artists, and I think it will create an aid for people to go and do further research and engagement with its history, and to also inspire people to pursue their passion for visual art.”