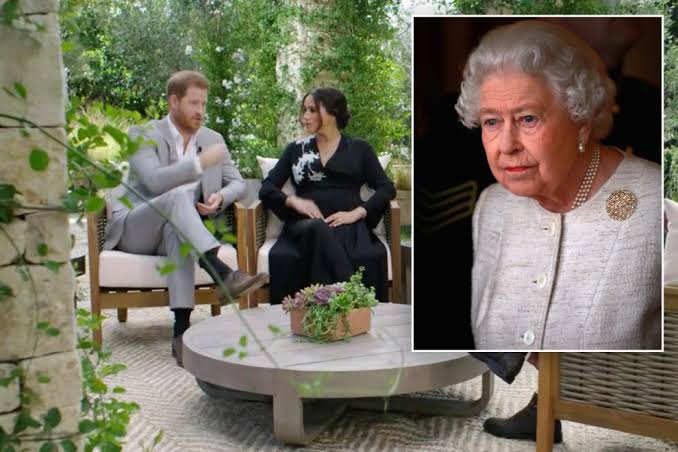 Following the recent bombshell interview of Meghan Markle And Prince Harry, Buckingham palace has released a statement. The interview of the parents of baby Archie and Oprah Winfrey was the talk of the internet; with audience all over the world shocked at the revelations made during the interview; chief of which is the revelation about certain members of the royal family being concerned about how baby Archie’s skin color would be and also not bestowing the baby a title.

And now, The Palace finally responded today to claims made by; the Duke and Duchess of Sussex in their bombshell interview with Oprah Winfrey.

In a statement, Buckingham Palace said; “The whole family is saddened to learn the full extent of how challenging the last few years  have been for Harry and Meghan.

“The issues raised, particularly that of race, are concerning.  Whilst some recollections may vary, they are taken very seriously and will be addressed by the family privately.

“Harry, Meghan and Archie will always be much loved family members.” 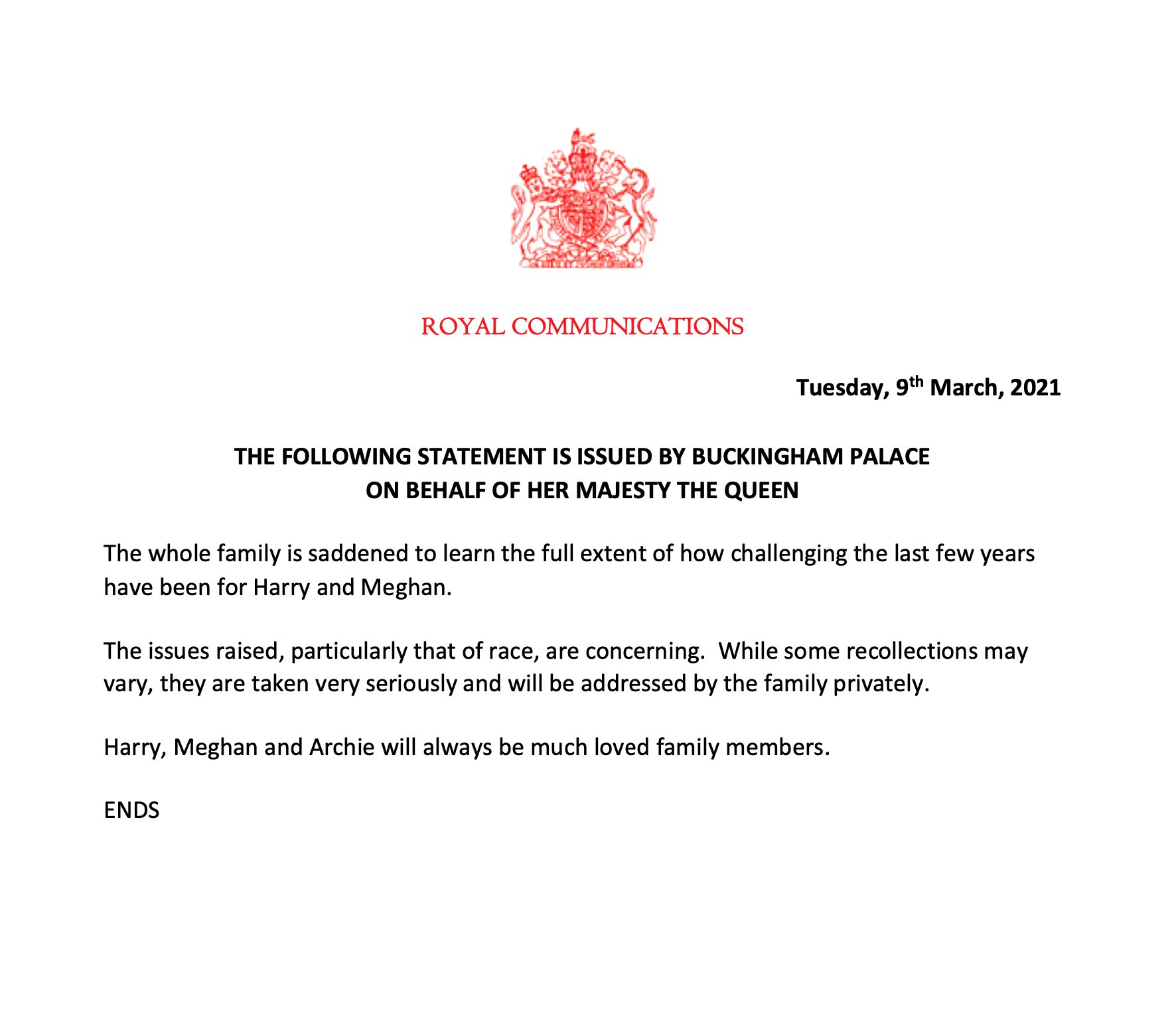 The Queen’s statement is understood to have been compiled on Monday; but the Queen opted to “sleep on it” before rushing anything out.

A senior palace source suggested it had taken intense thought and collaboration as it was released on behalf of all three households; Buckingham Palace, Clarence House and Kensington Palace. They also wanted to wait until the programme had been broadcast in the UK.

While the Queen is not expected to comment publicly on the allegations again; there remains an understanding among all three Royal Households that a; “carefully worded three line statement” did not mean “it would all just go away”.

Aides were said to have been left “reeling” from the interview while others were “stunned” by the nature of the claims.

The monarch, 94, the Prince of Wales and the Duke of Cambridge were all involved in the crisis talks over how to react.