Check Out The Five Most Powerful Air Force In Africa 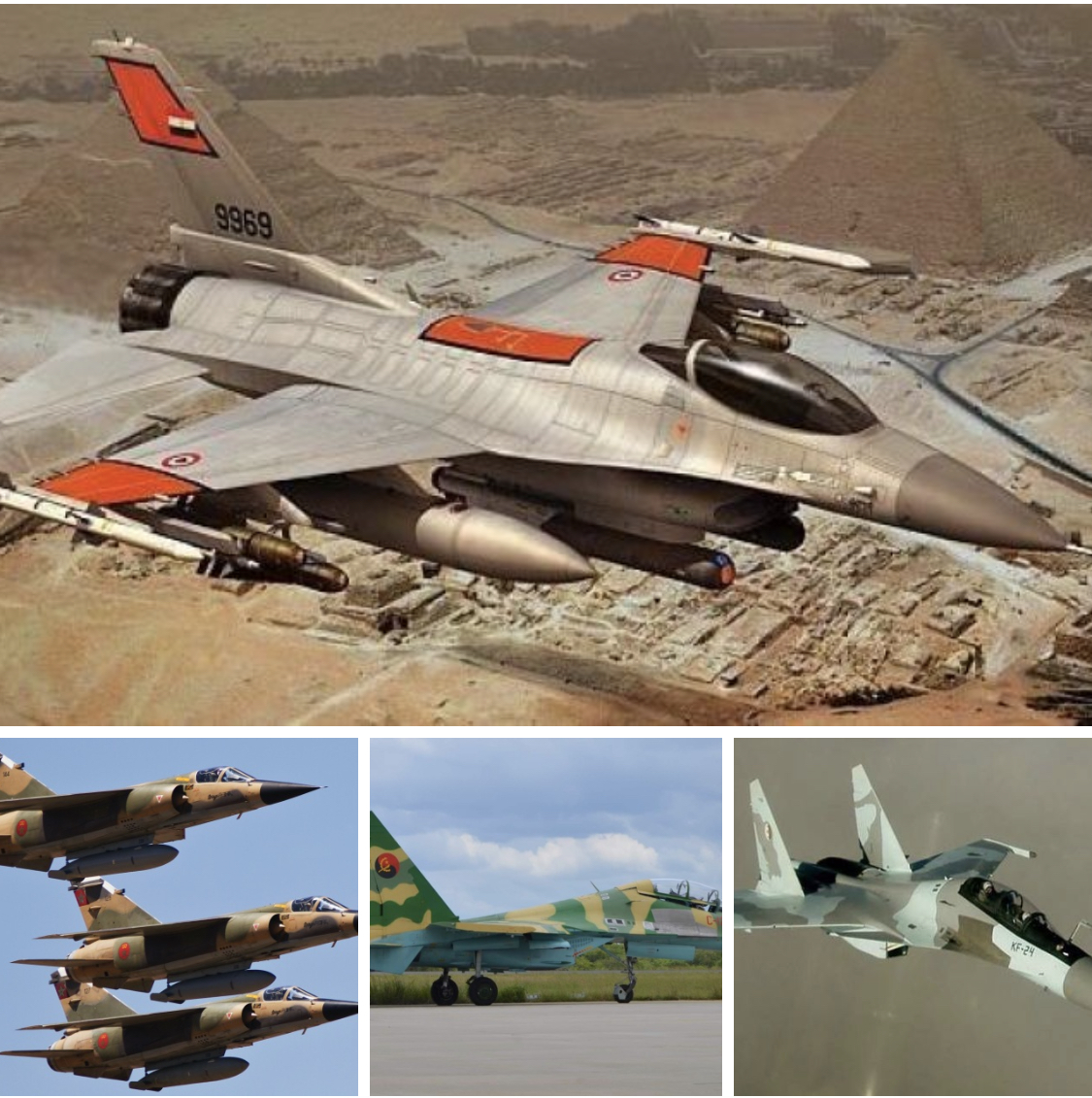 The air force is the military organization of a country, which is primarily responsible for the conduct of aerial warfare. Usually the prime instrument of a nation’s airpower. The Air force   often consists of a combination of; fighters, bombers, helicopters, transport planes and other aircraft.

In recent times, some African countries have been investing hugely in their air force in terms of; “high-end weaponry” and “highly professional training” due to the needs of war, among other reasons.

Military Watch, which provides analysis into military affairs across the world; has made “an assessment of the five African states with the most modern and potent aerial warfare capabilities; and their most prominent assets.” Here they are;

Algeria’s Air Force is described as second to none in Africa; with a fleet entirely comprised of fourth-generation combat aircraft. The backbone of the fleet is comprised of approximately 45 Su-30MKA heavyweight fighters; with the Su-30 being supported by four small tactical squadrons of medium weight MiG-29S fighters, says Military Watch.

The aircraft are all equipped with state of the art weaponry including R-27ER and R-77 long-range air to air missiles. Algeria also has Africa’s largest fleet of dedicated strike fighters with 36 Su-24M jets in service. It further deploys squadron of 15 MiG-25PDS Foxbat interceptors. The MiG-25 is the heaviest combat jet in Africa and the fastest in the world.

The only country in Africa to deploy modern airborne early warning aircraft; Egypt, since the coming into power of a new military government; has invested hugely in its armed forces. Its Air Force comprises an estimated 18 fighter squadrons. One of these, according to Military Watch, is equipped with modern beyond visual range air to air missiles; (being a single unit of recently ordered MiG-29M jets). 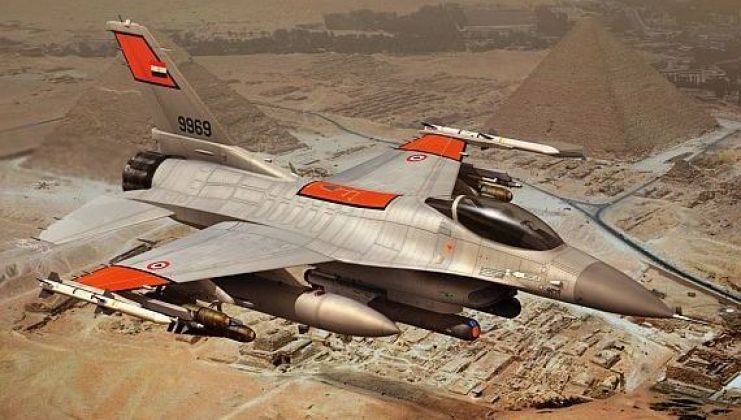 Also, Nine squadrons are comprised of F-16 Fighting Falcons while seven other squadrons; are comprised of MiG-21 and J-7 fighters; which have had electronic equipment upgraded to an early third-generation standard. Egypt, apart from the MiG-29M jets, also deploys 17 Mirage 2000 and 24 Rafale jets; and though its fleet is very far from modern, things are expected to improve as Egypt has; among other things, ordered a single squadron of Su-35 heavyweight fighters; which would provide it with the most capable jets on the continent, according to Military Watch.

The Angolan Air Force was built in the 1980s with support from Cuba, Soviet and East German, and North Korea. Its purpose was to fight the South African apartheid regime, and the MiG-23 swept-wing fighters; which formed the bulk of the fleet, were flown by foreign pilots, largely from Cuba.

According to Military Watch, “a single MiG-23 squadron of approximately 28 fighters remains in service; alongside one MiG-21BiS and one Su-22 squadron, providing three units of modernised third generation aircraft.”

It says the elite of the Angolan Air Force is provided by 12 Su-30 fighters which have recently been upgraded in Belarus to a ‘4+ generation’ standard. The Angolan Air Force, considered the most capable in sub-Saharan Africa; also deploys heavier Su-24 strike fighters, a single squadron of Su-25 attack jets, and two squadrons of Mi-24/Mi-35 attack helicopters.

The Ethiopian Air Force was built in the 1990s during the country’s war with Eritrea. With its aircraft initially piloted by foreigners, the backbone of its fleet was previously comprised of Soviet MiG-23 jets. Today, with a single squadron of around eight fighters; the bulk of its fleet is comprised of Su-27 heavyweight air superiority fighters, of which an estimated 12-16 are in service; according to Military Watch. 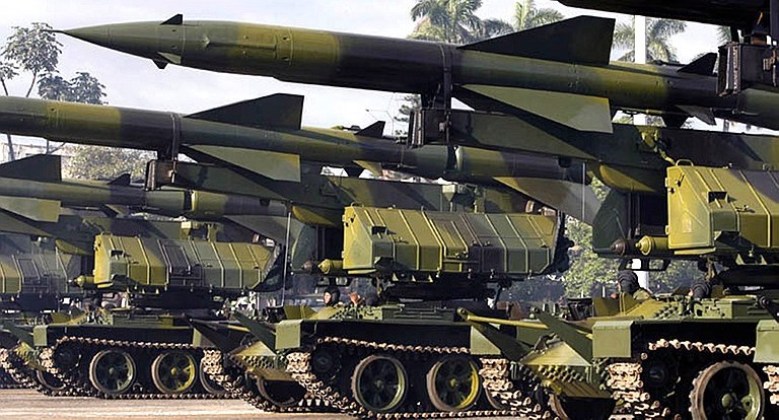 The MiG-23 is mainly allocated an air to ground role and serves alongside some Su-25 attack jets. However, Ethiopia also deploys 18 Mi-24/35 attack helicopters, and last year, it was reported that it was deploying Russian manufactured Pantsir S1 air defense combat vehicles, as part of moves to modernize its air defenses.

The backbone of the Moroccan Air Force is formed by around 23 F-16C Fighting Falcon lightweight fighters equipped with AIM-120C7 air to air missiles. Moroccan Fighting Falcons are one of the most capable Western fighters in Africa. According to Military Watch, the F-16s can “deploy AGM-88B HARM standoff air to ground missiles which are quite potent against air defence and radar sites.

“The remainder of the Moroccan fleet is comprised of ageing third generation designs including the F-5E Tiger II, of which 22 are in service, and 26 Mirage F1 jets. Morocco’s Mirages are considered the most capable in the world, and have been enhanced to deploy MICA missiles providing a limited beyond visual range air to air capability.”