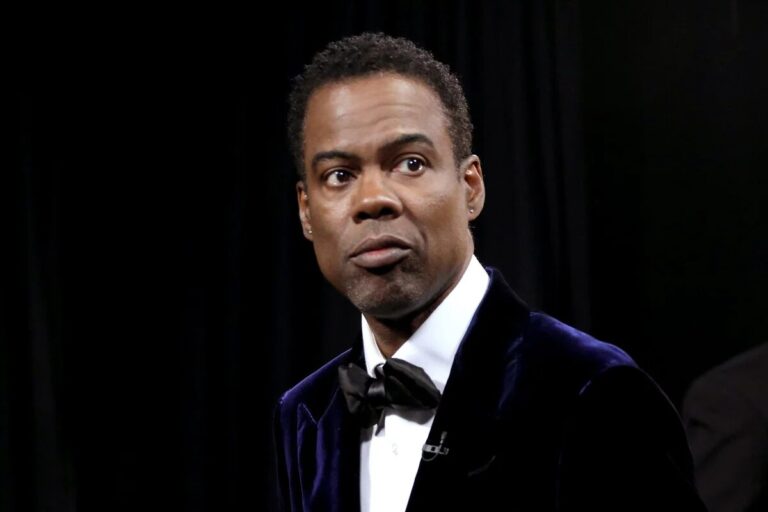 Chris Rock joked about the slap heard around the world on his stand-up show just hours after Will Smith released a surprise apology video to the comedian and co. for the same slap.

The comedy show, which took place at the Fox Theater in Atlanta, featured Rock, who makes his return to the stage in some of his first public appearances since the infamous Oscar slap in March.

“Everybody is trying to be a fu**king victim,” Rock said. “If everybody claims to be a victim, then nobody will hear the real victims. Even me getting smacked by Suge Smith, I went to work the next day, I got kids.”

Rock is, of course, referring to Suge Knight, the former CEO of Death Row Records who is known not only for his EP credits but also for his long-standing reputation for aggressive behavior.

Smith’s apology video showed him solemn and seemingly sincere as he looked directly into the camera to express his regret.

“I will say to you, Chris, I apologize to you. My behavior was unacceptable, and I’m here whenever you’re ready to talk,” Smith said.

“I was out of line and I was wrong,” he added. “I am embarrassed and my actions were not indicative of the man I want to be. There is no place for violence in a world of love and kindness.”

“I spent the last three months reclaiming and understanding the nuances and the complexities of what happened in that moment. I’m not gonna try to unpack all of that right now,” the Men in Black star said. “But I can say to all of you, there is no part of me that thinks that was the right way to behave in that moment. There’s no part of me that thinks that’s the optimal way to handle a feeling of disrespect or insults.”