Cicero Race Riot Of 1951: How a mob of 4,000 Caucasians attacked an African-American Family for moving into the Cicero neighborhood 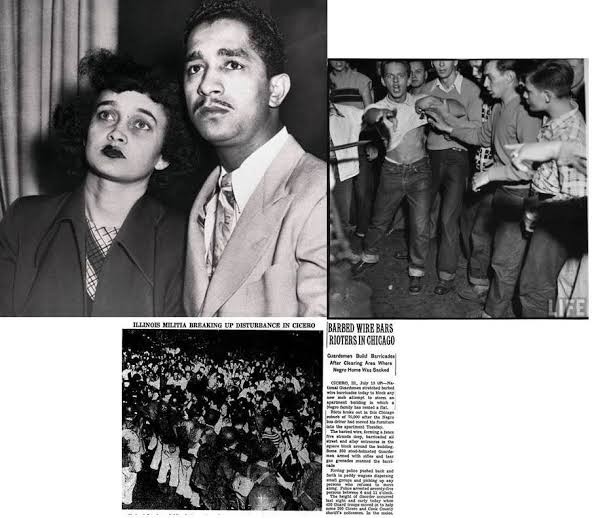 One of the biggest riots in the history of United States started because an African American war veteran’s family; moved into an apartment building in an all European American neighborhood of Cicero. On the evening of July 11, 1951, one of the biggest riots in U.S. history began after the young couple moved into an apartment in Cicero, Illinois, west of Chicago. The husband, Harvey Clark Jr., was a World War II veteran who had migrated to Chicago from Mississippi; and was working as a bus driver. He and his wife Johnetta, who met as students at Fisk University; had been crammed with their two children in a two-room tenement with a family of five on the city’s overcrowded South Side.

Harvey however found a better space and cheaper rents in Cicero, closer to his work, but the sheriff turned them away when they first tried to move in. “Get out of here fast,” the sheriff told Mr. Clark, pushing him out. “There will be no moving into this building.”

However, The laws of the United States had begun to favor housing desegregation by this time; and so with a court order in hand, the couple finally began moving their belongings into the apartment.

Events leading to the Cicero Riot

The events leading up to the riot began in June 1951 when Mrs. Camille DeRose, the owner of the building at 6139-43 W. 19th Street in Cicero; decided to rent the apartment to Harvey E. Clark Jr, and his family.

After learning of Mrs. DeRose’s decision, a high-ranking Cicero official warned her, that it would be trouble for the Clarks if the African American family moved into the apartment. On June 8, 1951, around 2:30 pm, a moving van containing $2,000 worth of Clark family’s furniture was stopped by the Cicero police who told him to leave the town or get arrested for protective custody. Twenty police officers then proceeded to grab Clark and he was hit eight times as he was pushed towards a car parked across the street and then shoved inside the car. The police then warned him to get out of Cicero or he would be killed.

This, on July 11, a mob formed around the young family in their apartment, heckling and throwing rocks. The mob, many of them eastern European immigrants, grew to as many as 4,000 by nightfall. Forcing the young family to flee, unable to stay overnight in their new apartment.

That night, the mob stormed the apartment and hurled the family’s belongings out of a third floor window; the sofa, the chairs, the clothes, the baby pictures. The mob tore out the fixtures: the stove, the radiators, the sinks. They smashed the piano the couple had saved up for their young daughter to play, overturned the refrigerator, bashed in the toilet. They set the family’s belongings on fire and then firebombed the building, leaving even the white tenants homeless. The rioters also overturned police cars and threw stones at firefighters who tried to put out the fire. 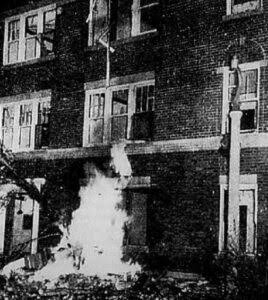 The riot took over 3 days to subside

According to book, Warmth of other suns, The Illinois Governor, Adlai Stevenson, had to call in the National Guard for the first time since the 1919 race riots in Chicago. It took more than 600 guardsmen, police officers and sheriff’s deputies to beat back the mob that night. It took three more days for the rioting over the Clarks to subside.

The Clarks were prevented from spending a single night in Cicero. A total of 118 men were arrested in the rioting but none were indicted. Instead, the rental agent and the owner of the apartment building were indicted for inciting a riot by renting to the Clarks in the first place.

Years later, their young daughter, Michele Clark would grow up to become the first Black network television correspondent on CBS. She tragically died in an airline crash in 1972 in Chicago, only blocks from the place that her parents had tried to integrate.

The Cicero riot attracted worldwide attention and became a symbol of both northern hostility to the arrival of millions of African-Americans during the Great Migration and of underlying belief systems that reverberate to this day.

In as much as the event in this  article happened decades ago, it is pertinent to note that the scars from horrific racial discrimination is still very much evident and the perpetrators may still be living  and their descendants who took after their wicked hearts could be anywhere during this present times.