The Buffalo Race Riots Of 1967: How Black Newyorkers Fought to defend their brothers 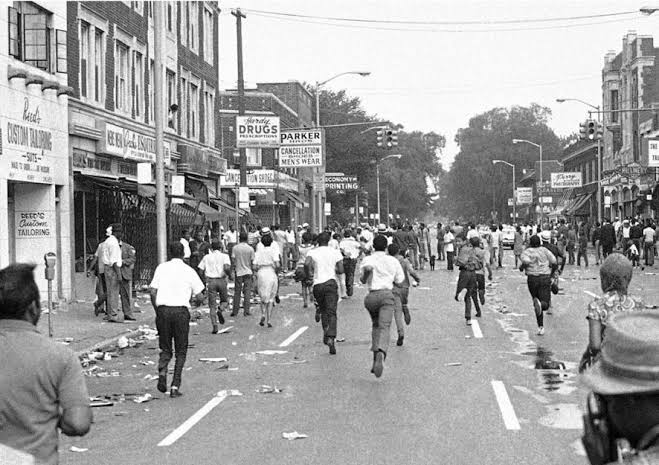 On the 26th of June  1967, an uprising broke out in Buffalo, New York, after an encounter in which two Buffalo Police officers used excessive force to break up a fight between two teenage residents of Buffalo’s East Side, the city’s predominantly black community. Tired of the harrasment being meted out by the police officers, hundreds, and ultimately thousands, of residents; took to the streets to protest the conditions that characterized daily life on the East Side, police brutality chief among them. The five-day rebellion resulted in sixty injuries, nearly 200 arrests, and $250,000 in damage; though unlike in many cities around the country that summer, no one involved in the Buffalo uprising died.

According to history, it was on a Monday,and two African-American youngsters were involved in some sort of dispute; when they were confronted by two white police officers as a result. The interference of the two white police officers appeared to have enraged the residents of the Lakeview projects; a public housing complex in Buffalo, New York, where the incident occurred. 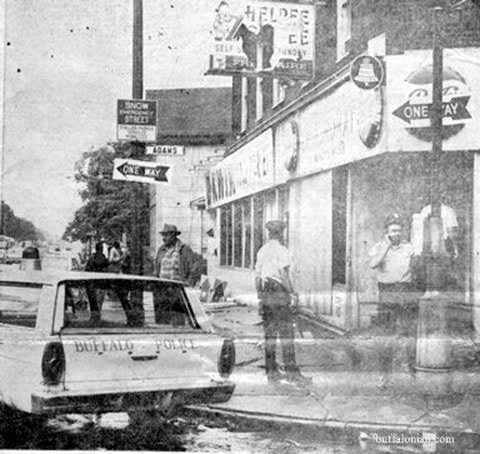 Stones, bottles, knives, clubs, and every other object thy could serve as a weapon by the African-American community flew in the air; in the direction of the police officers who tried intervene. Although the police force was present, they could do nothing  to calm the rioting crowd that was increasingly gathering.

In fact, the more the police officers stuck around, the more the inhabitants of the Lakeview apartments in Buffalo became even more outraged. Because on the second day of the riot, around 1500 African-Americans were documented as participating in the ruckus.

This turn of events may not have been the greatest course of action for the African-American community in Buffalo, but as some participants in the riot stated;“it was the only language the authorities understood,” and as a result, they were forced to “speak” it.

Although it should be noted that racial discrimination against the African-American community and a severe lack of job opportunities; as a result of the de-industrialization process that followed the Second World War; were just two of the many underlying causes of the riot; it should also be noted that Although the Black residents of Buffalo may be remembered as angry and destructive; they must also be remembered as a community of oppressed people who stood up for their own and for themselves. Liberty Africa Writers reports.