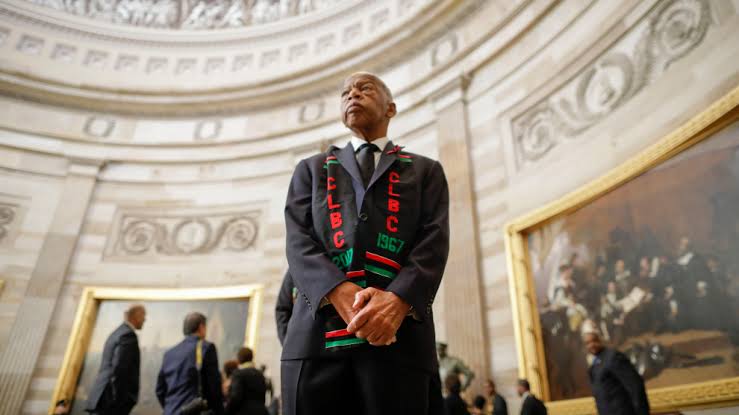 Civil RIghts icon John Lewis passed away, Friday night, after a six-month battle with cancer, according to CNN

“It is with inconsolable grief and enduring sadness that we announce the passing of U.S. Rep. John Lewis,” his family said in a statement. “He was honored and respected as the conscience of the US Congress and an icon of American history, but we knew him as a loving father and brother. He was a stalwart champion in the on-going struggle to demand respect for the dignity and worth of every human being. He dedicated his entire life to non-violent activism and was an outspoken advocate in the struggle for equal justice in America. He will be deeply missed.” 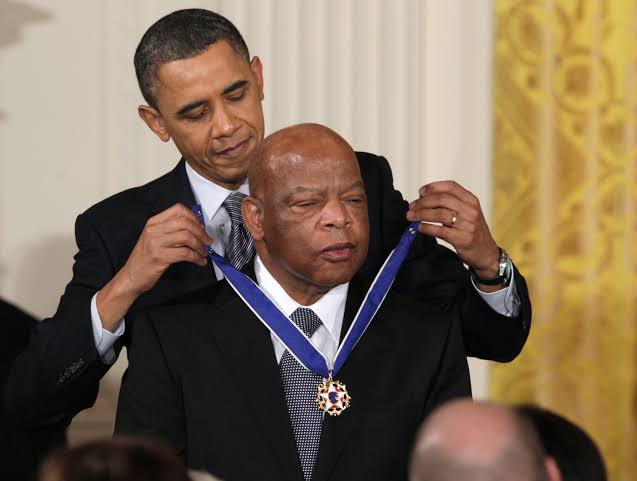 House Speaker Nancy Pelosi announced his death in a statement.
“Today, America mourns the loss of one of the greatest heroes of American history: Congressman John Lewis, the Conscience of the Congress,” the California Democrat said.
https://www.instagram.com/p/Bzve2lbHZHV/?igshid=86teqv6ttx0y

On Twitter, Bernice King and Shaun King (no relation) also took to social media and expressed their condolences.
“Farewell, sir. You did, indeed, fight the good fight and get into a lot of good trouble. You served God and humanity well. Thank you. Take your rest. #JohnLewis“

Shaun King wrote on Twitter, “One of the greatest Americans to ever live has passed from time to eternity. A young seminarian who became a young lieutenant of Dr. King, John Lewis was the best of us. Determined. Optimistic. And much more shrewd a politician than he was given credit for. What a life.”

“Sometimes when I look back and think about it, how did we do what we did? How did we succeed? We didn’t have a website. We didn’t have a cellular telephone,” Lewis has said of the civil rights movement.
“But I felt when we were sitting in at those lunch counter stools, or going on the Freedom Ride, or marching from Selma to Montgomery, there was a power and a force. God Almighty was there with us.”
Civil Rights John Lewis John Lewis dead
Share. Facebook Twitter Pinterest LinkedIn Tumblr Telegram Email
admin