The 78th Golden Globes took place this past Sunday. The coveted awards ceremony was held virtually from two different locations in New York and California; amid the ongoing COVID-19 pandemic. The awards show was (yet again) criticised for its continued lack of diversity; last year, no person of color won in any category. However, Daniel Kaluuya, John Boyega and the late Chadwick Boseman were among the notable winners of the night for 2021. 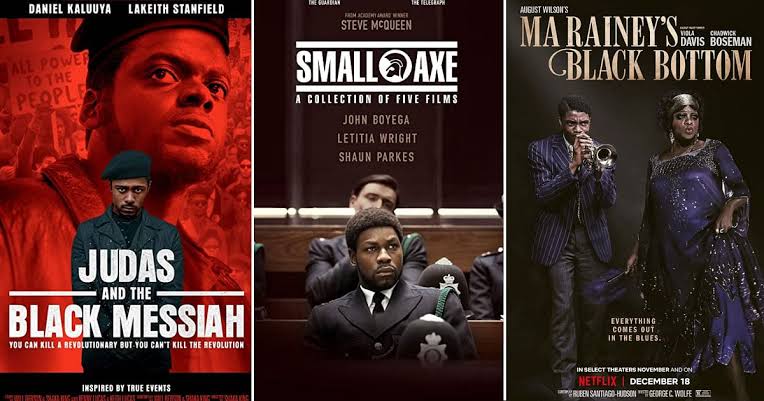 Kaluuya was awarded a Golden Globe for his role as the Black Panther leader Fred Hampton in the feature film Judas and the Black Messiah. The film, which was recently added to this year’s Sundance Film Festival; “tells the story of how the Black Panther Party, an important part of America’s Civil Rights movement; came to be infiltrated by William O’Neal (played by Lakeith Stanfield) in order to gather intelligence on the chairman; Fred Hampton who is eventually assassinated.” Despite initial technical glitches which interrupted Kaluuya’s acceptance speech, the actor spoke endearingly of Hampton saying; “I hope generations after this can see how brilliantly he fought, how brilliantly he spoke, and how brilliantly he loved.”

The late Boseman, who unfortunately lost his battle with cancer last year, was awarded Best Actor in a Motion Picture; for his phenomenal (and final) role in the 1920s jazz drama, Ma Rainey. The actor’s wife, Simone Ledward Boseman, accepted the award on his behalf and delivered a moving and emotional speech saying; “He would say something beautiful, something inspiring, something that would amplify that little voice that tells you ‘you can,’ that tells you ‘keep going,’; that calls you back to what you are meant to be doing at his moment in history.”