Days After Her Mum Passed Away, 21 years old Sha’Carri Richardson Breaks Olympic record, and Emerges the Fastest woman in America 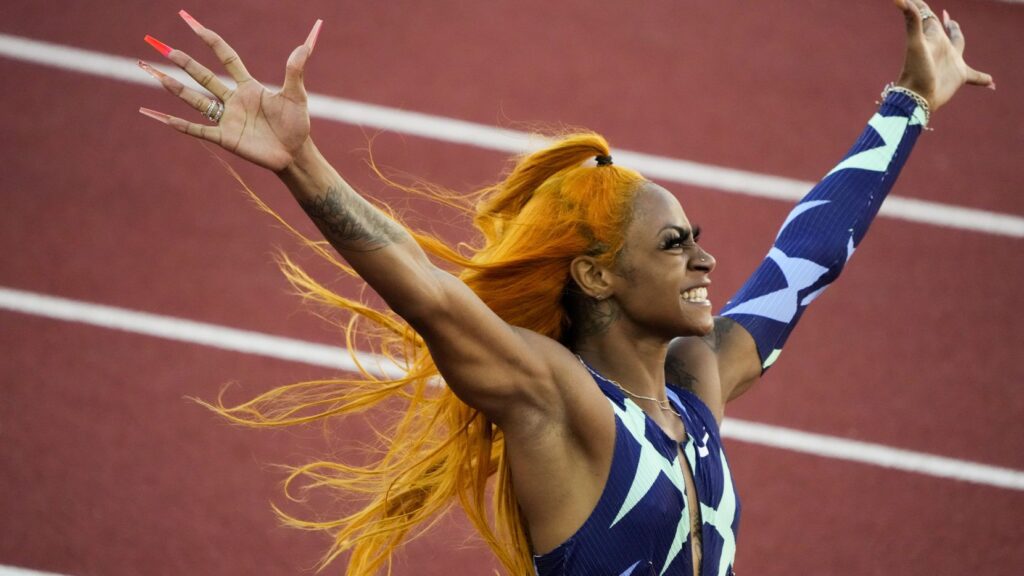 Sha’Carri Richardson has become a household name in just 10.64 seconds. The 21-year-old sprinter stunned the world this weekend after winning her 100-meter heat and securing a coveted spot as part of the U.S. women’s team for next month’s Tokyo Olympics. Following her domination of the trial and in a post-competition interview; Sha’Carri Richardson revealed that her win follows a heart-wrenching week; the athlete shared that her biological mother passed away just a week prior to her Olympic-certifying win.

“My family has kept me grounded,” Richardson told NBC, per ESPN following her sprint. “This year has been crazy for me. Going from just last week, losing my biological mother, and I’m still here. … Last week, finding out my biological mother passed away and still choosing to pursue my dreams, still coming out here, still here to make the family that I do still have on this earth proud. … I’m highly grateful for them. Without them, there would be no me. Without my grandmother, there would be no Sha’Carri Richardson. My family is my everything, my everything until the day I’m done.”

Twitter users were also quick to praise Richardson not just for her athletic skills but also her emotional bravery in being able to compete just days following her mother’s death. Others also waded in, expressing that they admired Richardson’s unique and unapologetic style as she ran her way to victory complete with her fiery orange hair, statement acrylic nails, tattoos, and piercings. 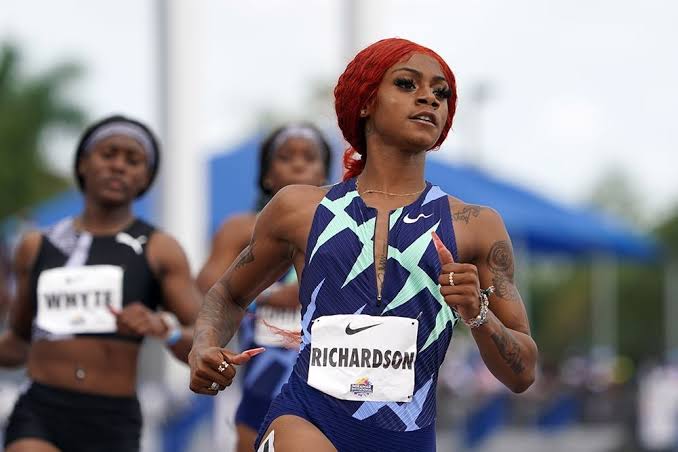 Richardson is currently the front-runner to win in this week’s 200-meter race where she currently has the fastest qualifying time at 22.11 seconds. If she goes on to win gold in Tokyo next month, she’ll be the first American woman to do so since Gail Devers in 1996.

In another post-race interview with NBC, when asked what she wants viewers at home to know about herself, Richardson responded; “I just want the world to know that I’m that girl … and every time I step on the track I’m going to try to do what it is that me, my coach, my support team believe I can do and the talent that God blessed me to have. … I’m never going to take an opportunity to perform in vain. ” Yahoo news reports.