Derek Chauvin Stripped Of His Qualified Immunity, Gets Sued 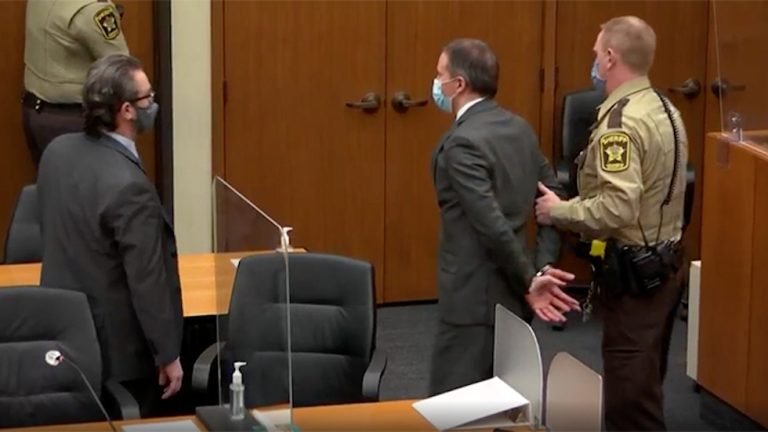 Derek Chauvin, who murdered George Floyd, presently sits in federal prison, and he’ll be there for the better part of the next two decades. For obvious reasons, he belongs in prison and he no longer has the badge, gun, and immunity given to violent cops like him, which he used to kill George Floyd.

But George Floyd wasn’t the only one Derek Chauvin bullied while he was a cop running the streets of Minneapolis. Floyd may have been the only one he killed, but there were others he maltreated.

Many of them still desire their day in court, and now two of them could get it. The reason is that Chauvin no longer has the immunity that too often shields violent cops as he once was.

According to CNN, two Black Minneapolis residents, Zoya Code and John Pope have filed civil lawsuits against Derek Chauvin over how he abused them while in uniform in 2017, three years before he killed Floyd. The lawsuits claim that Chauvin used the same knee-in-the-back technique on Code and Pope as he did on Floyd.

They name the city of Minneapolis as a defendant, claiming that its police department instructed Chauvin and other cops in dangerous techniques and released them to the public.

Both lawsuits say that “Chauvin was a serial predator who was never stopped by the City, a walking Monell violation, and who fully embraced the City’s training on dangerous restraint techniques.”

Monell is the United States Supreme Court ruling decided in 1978 that determined a city government can be held liable if a policy or custom results in a constitutional violation by an employee.

The US  Department of Justice launched a federal civil investigation into policing practices in Minneapolis in April 2021.

Pope’s accusations are definitely troubling. Derek Chauvin hit the then 14-year-old, multiple times with a flashlight and pinned him down with his knee, in the same manner as he did Floyd, for 15 minutes, according to the lawsuit. Chauvin pleaded guilty last year to federal civil rights charges arising from that incident.

Atlanta Panhandler Awarded $100M After Being tased and paralyzed by Cop