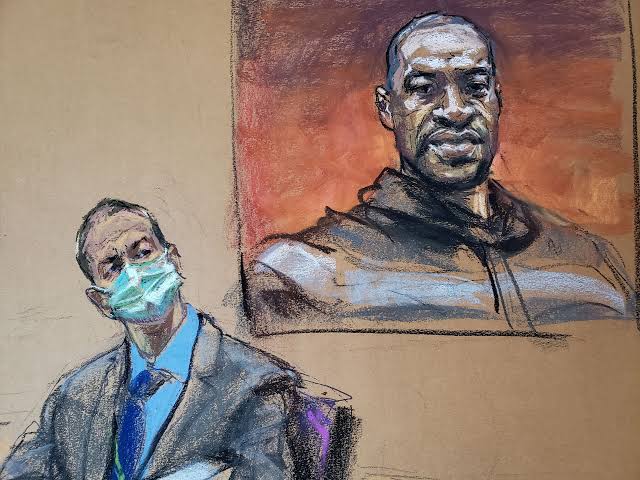 The trial on the painful death of George Floyd has been ongoing for a few weeks now, with old wounds being reopened; painful memories being relived and several witnesses testifying. Although the killer cop himself, Derek Chauvin has refused to testify; he made known his intention not to stand in the witness box by invoking his 5th Amendment right not to testify on Thursday; His defense has decided to insist that Floyd Died from Heart trouble and substance abuse and not Chauvin’s Knee on Floyd’s neck.

Nbc reports that; a forensic pathologist testified that George Floyd died of a sudden heart rhythm disturbance as a result of his heart disease; for the defense at former Officer Derek Chauvin’s murder trial; contradicting prosecution experts who said Floyd succumbed to a lack of oxygen from the way he was pinned down.

Dr. David Fowler, a former Maryland chief medical examiner who is now with a consulting firm; said Wednesday the fentanyl and methamphetamine in Floyd’s system; and possibly carbon monoxide poisoning from auto exhaust; were contributing factors in the 46-year-old Black man’s death last May.

“All of those combined to cause Mr. Floyd’s death,” he said on the second day of the defense case.

The Death Of Floyd is “Undetermined” 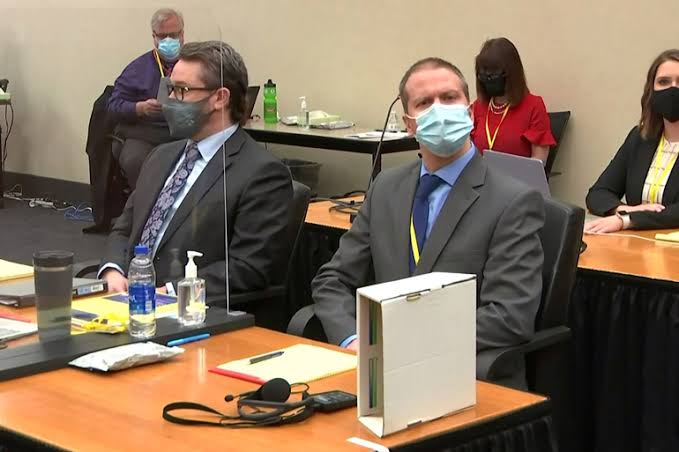 Fowler also testified that he would classify the manner of death “undetermined,”; rather than homicide, as the county’s chief medical examiner ruled. He said Floyd’s death had too many conflicting factors; some of which could be ruled homicide and some that could be considered accidental.

Prosecutors say Floyd died because the white officer’s knee was pressed against Floyd’s neck or neck area; for 9 1/2 minutes as he lay on the pavement on his stomach; his hands cuffed behind him and his face jammed against the ground.

However, Prosecutor Jerry Blackwell launched an aggressive cross-examination, attacking Fowler’s findings down the line. He got Fowler to acknowledge that even someone who dies from being deprived of oxygen ultimately dies of an arrhythmia.

He also got Fowler to admit that he didn’t take the weight of Chauvin’s gear into account when he analyzed the pressure on Floyd’s body. Blackwell further accused Fowler of jumping to conclusions and suggesting to the jury that Floyd had a white pill in his mouth in the video of his arrest. Fowler denied saying that.