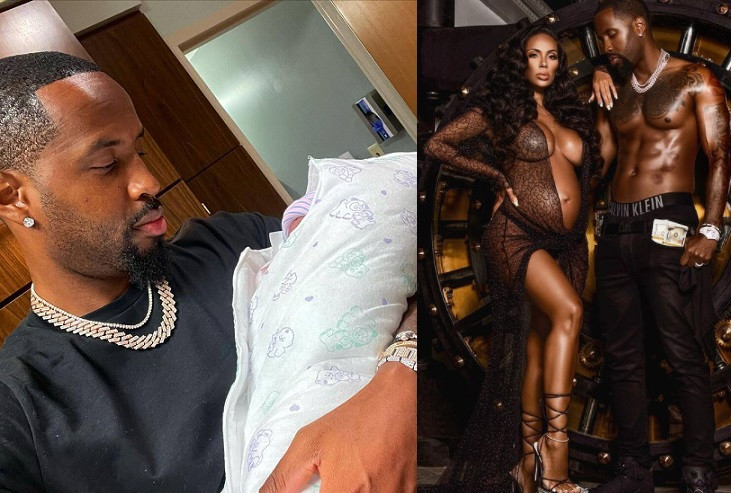 Safaree announced to fans and followers on Instagram that his and Erica’s newborn baby son has arrived. 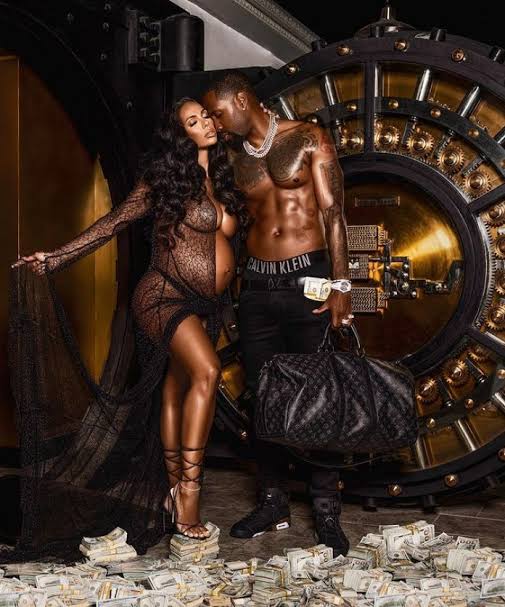 In the post announcing the baby’s arrival, Safaree revealed that Erica had given birth to a boy; writing “MR Stra-ittt jr is here!!” alongside a few praying hands emojis.

The Love & Hip Hop ​star also shared a sweet photo of the newborn gripping his finger to his Instagram story captioning the photo; “Another me… that’s all the world needed.”

The photo of Safaree is a sign that he was seemingly able to attend the birthing sight of his new baby; something that was a controversial topic recently. The father asked a judge to preemptively grant him permission to be able to witness the baby’s birthamid the news that he and Erica were divorcing. According to reports, Erica didn’t fight Safaree’s request on paper.

According to the divorce documents, Mena who has been married to Safaree since 2019; filed for divorce back in May days after announcing her pregnancy; citing that their marriage was “irretrievably broken” with “no hope of reconciliation.” Erica Mena has also asked for joint legal custody of their 2 children and requested temporary physical custody of Saffire “with the parties having parenting time as determined in the minor children’s best interests,” People reports.

Mena also added later that stress associated with Safaree and their split caused her some pregnancy complications. The ‘Love & Hip Hop’ star alleged her estranged husband Safaree has “failed to be involved in her care or to visit her at the hospital during her most recent stay, where she remained overnight for many days related to her pregnancy.”

So far, Erica has not shared the news of her son’s arrival personally. This newborn bundle of joy marks the couple second’s child together. They also co-parent and raise their 1-year-old daughter Saffire. Mena also has a 14-year-old son named King who she shares with ex, Raul Conde. Bossip Reports.