Disney PIXAR has a new film set to release in theaters, that we are VERY excited about. 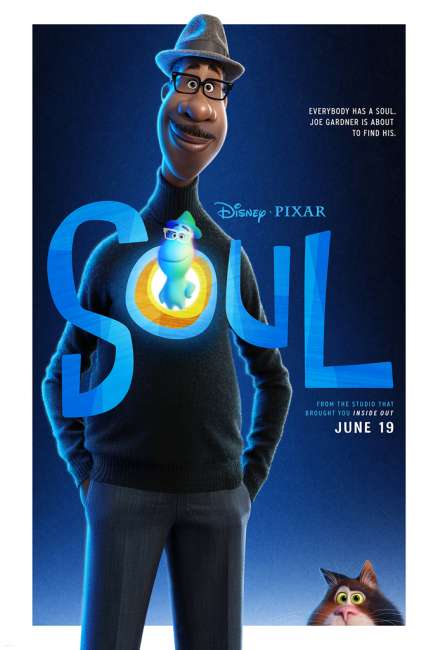 Soul is an animated feature starring Jamie Foxx, Phylicia Rashad, Angela Bassett, Tina Fey, Questlove, and Daveed Diggs. Joe Gardner (voiced by Jamie Foxx) is a middle-school band teacher who gets the chance of a lifetime to play at the best jazz club in town. Sadly, Joe has an incident that takes him to another realm, The Great Before. There is where souls get matched with personalities, unique quirks, and deep passions before they head back to the terrestrial existence here on Earth.

In order to get back, Joe links with 22 (voiced by Tina Fey) who is cynical at best about being “alive”. She just doesn’t get it. Why be alive when you can be a…soul? An indignant Joe is determined to show 22 that living is a phenomenal state of being and sets out to show her what life is actually about. Joe learns the truth himself in the process.

For Disney PIXAR, Pete Dover directs Soul. He also directed Up. So, don’t be surprised if you shed a thug tear or two, or three, or four while watching this flick.

As of this writing, Soul is set to hit U.S. theaters on November 20, 2020. We’ll see if COVID-19 has anything to say about that. We would love nothing more than to sit in a big, dark, theater in front of a giant screen and take this visually stunning film into our senses.

Until then, peep the sneak peek in the Disney Pixar Soul clip below.