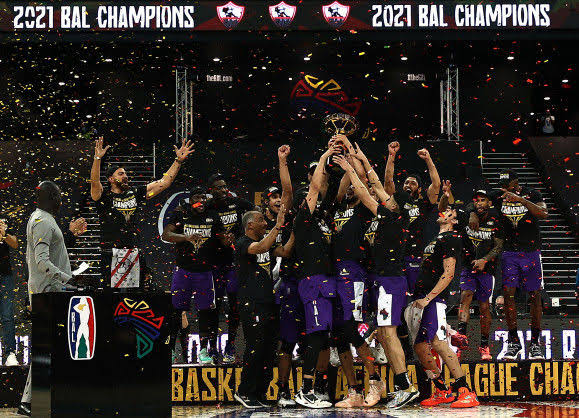 Egypt’s Zamalek players etched their names in gold letters in the club’s history, after winning the inaugural edition of the Basketball Africa League, (BAL).

On Sunday, the White Knights won the championship by defeating Tunisian giants US Monastir 76-63 at Kigali Arena.

After dominating the first quarter, the Egyptians went on to dominate the second quarter to cut the scoring deficit. Zamalek’s efforts were rewarded as they closed the first half with a 44-42 lead.

The Zamalek players continued their outstanding effort in the third quarter, extending the score differential to four points.

Walter Hodge was on fire in the fourth quarter, controlling the tempo of Zamalek’s offensive play and hitting numerous 3-pointers.

The White Knights increased their pressure on their Tunisian opponents, winning the game by a 14-point margin.

Following the game, Hodge was awarded the tournament’s MVP, which is named after NBA legend Hakeem Olajuwon.

The BAL is the continent’s top-tier club tournament; and it is a collaboration between the NBA and the International Basketball Federation (FIBA). Africanews reports.

Prior to the outbreak of the pandemic, the league was planned to Commence in 2020 with set venues for the various games decentralized. Matches were set to be played in seven different countries in Africa.

Twelve (12) teams from across Africa played in the inaugural season of the league in 26 games at Kigali Arena in Rwanda.