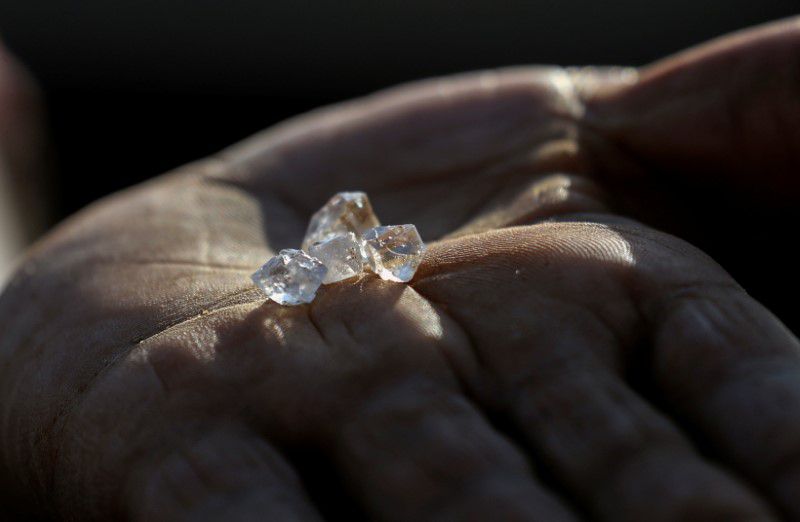 Over a thousand excited villagers flocked to the village of KwaHlathi in South Africa’s KwaZulu-Natal province on Monday; in search of what they believed to be diamonds after a discovery of unidentified stones in the area 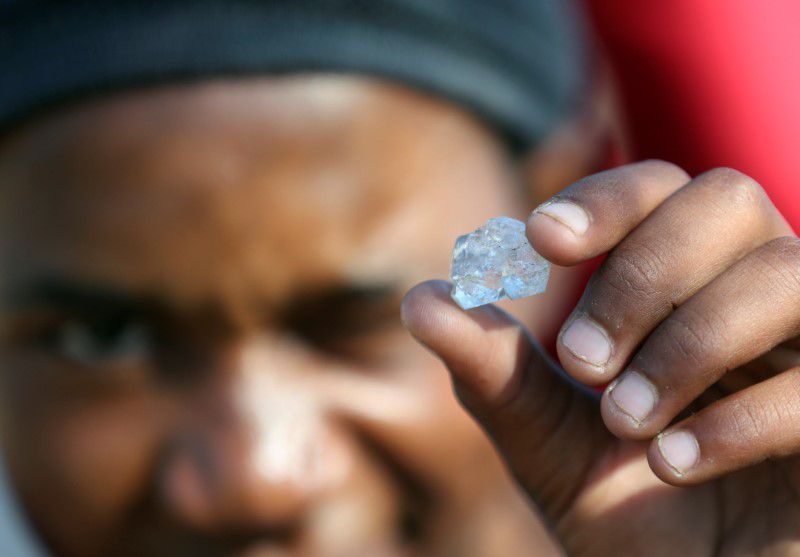 The people journeyed from across South Africa to join other villagers who have been digging since Saturday, after a herd man who dug up the first stone on an open field, which some believe to be quartz crystals, put out the word.

The discovery was a life changer, said one digger Mendo Sabelo as he held a handful of tiny stones.

“This means our lives will change because no one had a proper job, I do odd jobs. When I returned home with them, (the family was) really overjoyed,” said the 27-year old father of two. 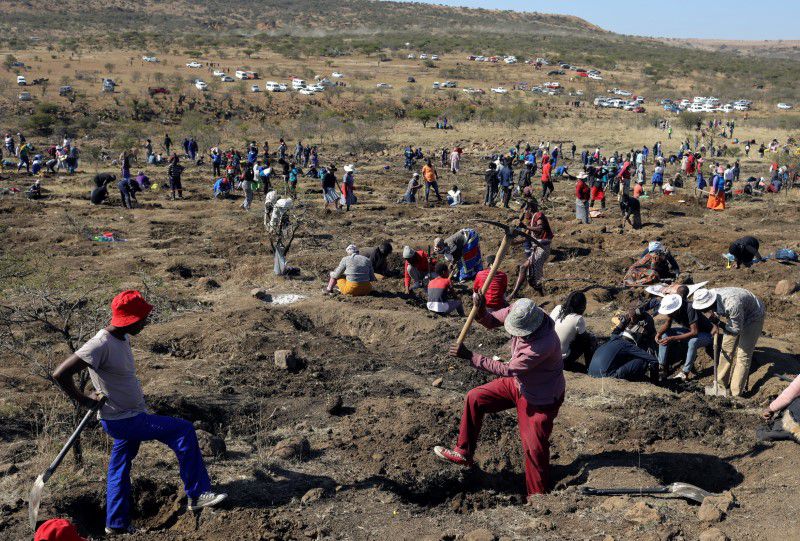 Another villager, Skhumbuzo Mbhele concurred, adding; “I hadn’t seen or touched a diamond in my life. It’s my first time touching it here.”

The South African mines department announced it was sending a team comprising of geological and mining experts to the site to collect samples of the supposed diamonds and conduct an analysis.

The department also said a formal technical report will be issued in due course.

However, the lack of an analysis of the stones has not deterred the fortune seekers as long lines of parked cars on both sides of the gravel road could be seen just a few metres from the open field, where the young, old, female and male dug through the soil with picks, shovels and forks to find riches.

Some people have started selling the stones, with the starting price ranging from 100 rand ($7.29) to 300 rand.

Excitement As Congolese Villagers Discover A Whole Mountain Of Gold