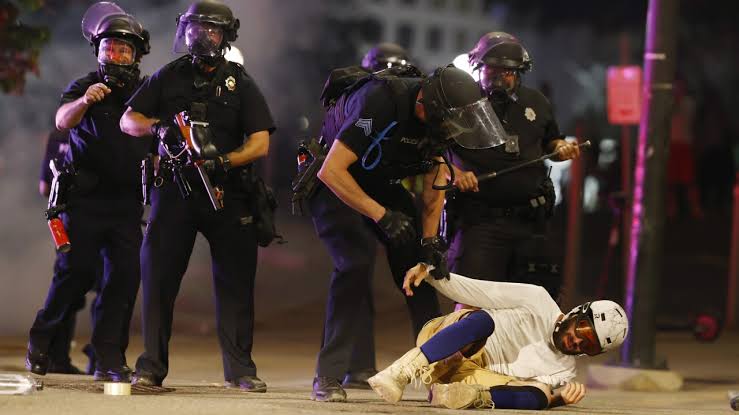 Jurors have awarded $14 million in damages to a group of protesters who were injured by the Denver police; while demonstrating over the killing of George Floyd in 2020.

This verdict could influence the outcome of over two dozen pending police misconduct cases in the US.

The verdict was awarded to Denver protesters who were hit with pepper balls and a bag filled with lead during 2020 demonstrations over the police killing of George Floyd in Minneapolis. Also, this verdict could resonate nationwide as courts are weighing more than two dozen similar lawsuits.

The jury found police used excessive force against protesters, thereby violating their constitutional rights; and ordered the city of Denver to pay the 12 protesters who sued.

Denver verdict to influence others

Across the US there are at least 29 pending lawsuits that challenge law enforcement’s use of force during the 2020 George Floyd/Black lives matter protests; according to a search of the University of Michigan’s Civil Rights Litigation Clearinghouse.

According to Dr. Steinberg, whose law students have been working on a similar lawsuit brought by protesters in Detroit “There’s no doubt that the large jury verdict in Denver will influence the outcome of pending police misconduct cases brought by Black Lives Matter protesters across the country,”

Lawyers for the claimants argued that police used indiscriminate and unnecessary force against the nonviolent protesters; including some who were only filming the demonstrations because officers did not like their message critical of law enforcement.

“To the protest of police violence they responded with brutality,” one of their attorneys, Timothy Macdonald, told jurors.

In Rochester, New York, people who protested the death of Daniel Prude; a Black man who lost consciousness after being pinned to the street by officers during a mental health call in 2020; also claim police used extreme force against them in a lawsuit that also alleges city officials have allowed a culture of police brutality against racial minorities to fester.

One of their attorneys, Donald Thompson, said he plans to raise the Denver award in settlement talks with the city and note that unlike most of the Denver protesters; some of his clients suffered lasting injuries including; the loss of an eye and scarring from being hit in the face with a tear gas canister. Mr. Thompson also thinks the Denver verdict shows that the public; in the age of cellphone and body camera videos; is not as willing to give police the benefit of the doubt anymore.