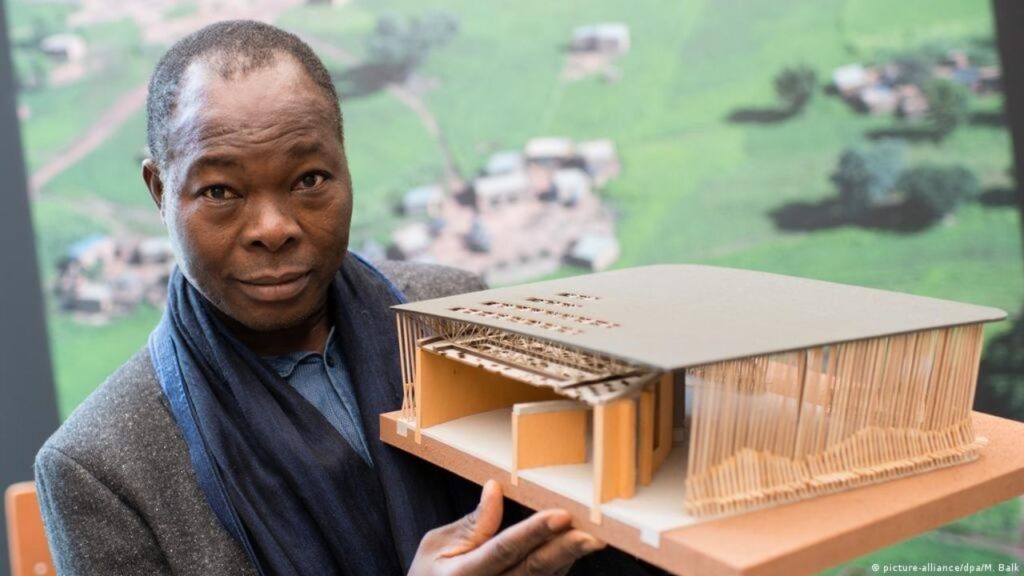 Francis Kere is the proud winner of the 2022 Pritzker Prize, the highest prize honor for an architect.

He is a globally recognized architect who employs pioneering designs and materials in developing sustainable and innovative building projects.

Kere is a distinguished black architect born in 1965 in the West African country of Burkina Faso. At that time, there was barely any development. There were no good houses, no schools, and no infrastructure.

According to Kere, the only thing that seemed like architecture, was the sound of his grandma telling stories to him and his siblings in a small room with a small source of light.

At age seven, Kere was enrolled in school. This was at Tenkodogo, a nearby city. His classrooms were poorly built and did not offer a conducive learning environment. It is, perhaps, at this point that Kere became interested in solving the problems of accommodation and structures.

Kere went to a night school in Berlin to further his education. During this time, he also regularly took carpentry lessons.

His big break came when he won a scholarship to study architecture at the Technische Universitat Berlin. This was between 1995 and 2004.

As it turns out, the famous black architect always had Africa in his plans. His good works began with the Schulbausteine fur Gando e.V., which means “school building blocks for Gando.” Established before the end of his university degree, the foundation was a voice for the development of standard classrooms in his village.

In 2001, Kere took on the Gando Primary School project—his first and very own architectural work. It was an expression of his ingenious design skills and his drive to promote quality education locally.

The project also garnered massive support from the community, which physically helped in building the school.

In his words, “I considered my work a private task, a duty to this community. But every person can take the time to go and investigate things that are already there. We have to fight to create the quality that we need to improve people’s lives. “

Kere’s Gando Primary School project was so influential that it earned him the Aga Khan Award for Architecture in 2004.

The Pritzker Prize takes this into consideration, along with other works by the architect. They include a spectacular National Assembly building each in Ouagadougou, Burkina Faso, and Porto-Novo, Republic of Benin; the Startup Lions Campus in Turkana County, Kenya; the National Park of Mali in Bamako, Mali; the Opera Village in Laongo, Burkina Faso; and a host of others.

Kere’s level of success is something he is very proud of – being the first black man to win the highest architectural award.

According to him, it comes from a combination of passion and extensive support from his people in Gabon.